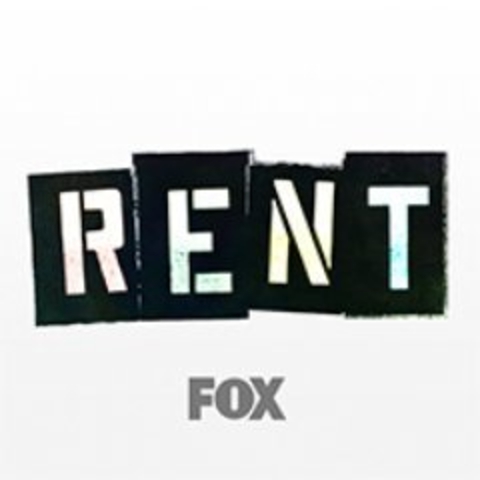 RENT on TV was not a success. Image provided.

Rent got a bad break -- literally -- when one of its key characters broke his foot, forcing Fox to broadcast a dress rehearsal, thus robbing the musical of its "Live!" designation. But given the various shortcomings, it's not clear it would have made enough of a difference to redeem a show that struggled to recover from an equally bad start.

All told, Fox's adaptation wasn't a terrible way to spend 180 minutes (commercials included), and yielded a few of the spine-tingling moments that are at the heart of these exercises. But time being precious, as Rent repeatedly points out, there weren't nearly enough of them to make it worth carving out an evening to watch.

Fox and NBC have learned quite a lot about these live presentations, beginning with the fact that it helps to approximate the theatrical experience as much as possible, while still adapting the show in a way that goes beyond just giving the TV audience the best seat in the house. Grease and Jesus Christ Superstar largely threaded that needle.

Yet Rent's attempts to open up the staging and take advantage of the studio space mostly amounted to walking around in squares, while egging on a wildly appreciative audience whose whoops and hollers merely added to some of the sound troubles that plagued the early going.

The show retained some of its emotional core, with the lives, loves and constant threat of loss associated with these young and struggling characters in the early 1990s, many of them afflicted with AIDS when the crisis was near its most devastating.

The cast was also extremely strong, doing justice to a playlist of songs filled with showstoppers.

Still, the bond that Rent has forged with its audience simply didn't translate as well as hoped through the filter of TV, with the really spectacular moments measurable on one hand: Tinashe's soulful pleading as Mimi on "Another Day," Vanessa Hudgens and Kiersey Clemons' vibrant rendition of the duet "Take Me or Leave Me," and Keala Settle (from The Greatest Showman) lending her Broadway belt to the signature "Seasons of Love."

Anyone who has seen Rent on stage, in all its abundant glory, likely remembers the wallop that it delivered in person, and Fox's telecast couldn't help but feel like a pallid imitation.

Admittedly, it's hard not to feel sympathy for all concerned -- beginning with Brennin Hunt, who played Roger and suffered the injury -- although again, it's not like the high-wire act of these live productions, and the possibility of messing up, is the principal reason people tune in, especially after so many of them.

The producers offered an extraordinarily nice live flourish as a finale, reuniting the original cast with this new one for a buoyant performance of "Seasons of Love," combined with a sweet tribute to playwright Jonathan Larson and the enduring legacy of his creation.

Still, that highlight -- and the others mentioned -- weren't enough to compensate, finally, for the various ways that Rent came up short.