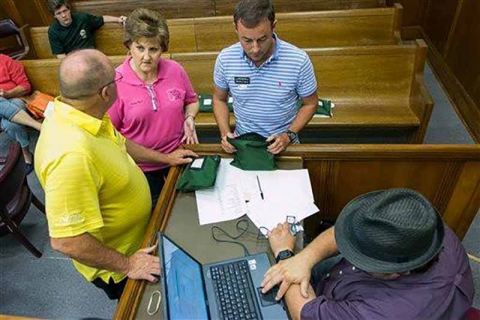 The Miller County Election Commission held a recount Tuesday after discovering that early votes were double-counted for the June 28 special election. The outcome remains the same, with residents overwhelmingly supporting a repeal of the ordinance that prohibited the city from discriminating on the basis of sexual orientation and gender identity.

The Texarkana Gazette reports (http://bit.ly/29mxzIJ that the election commission plans to certify the results Thursday.

Copyright 2016 The Associated Press. All rights reserved. This material may not be published, broadcast, rewritten or redistributed.
The Gayly - 7/62016 @ 11:09 a.m.CDT