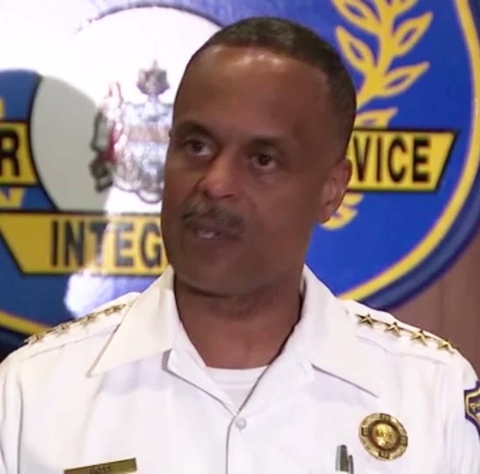 Thirteen Philadelphia police officers have been suspended for 30 days "with intent to dismiss" following an investigation into hateful or racist social media content compiled by The Plain View Project, the city's police commissioner announced on Thursday.

The commissioner said the department will not be naming the officers at this time.

Ross said many of the 72 officers who were removed from street duty will be penalized based on the department's policy for general violations of social media. Such penalties range from a reprimand to a 5-day suspension, Ross explained.

The social media posts were compiled by The Plain View Project, which describes itself as a "database of public Facebook posts and comments made by current and former police officers from several jurisdictions across the United States." The St. Louis Police Department also launched an investigation after the group linked racist and anti-Muslim Facebook posts to the accounts of its officers.

Representatives for the officers have taken issue with the scope of the investigation.

"Our officers are entitled to due process just like any other citizen," Philadelphia Fraternal Order of Police Lodge #5 President John McNesby said in a statement last month after the officers were taken off the street. "We will support and represent those officers during this overly-broad social-media investigation."