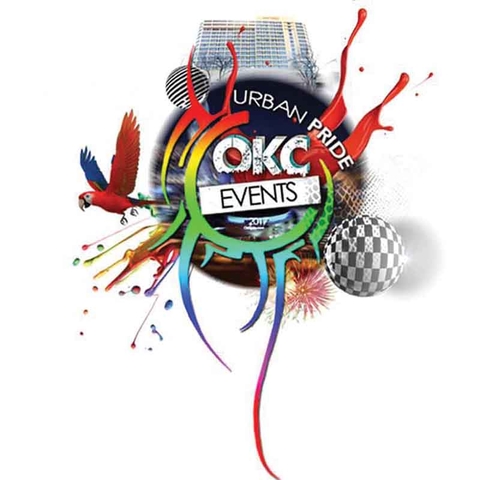 Brown and black people in the LGBT+ community are being recognized in many ways. From the black and brown stripe controversy to the successful OKC Urban Pride events, we are the talk of the town.

I’ll start with the hugest controversy our community has had since choosing Hillary or Bernie. The last time I can remember our community being at odds like this was in the Democratic primaries where we were split down the middle between Hillary and Bernie. But this newest conflict is more serious because it has to do with race.

Discussing race is always a sensitive issue especially when an issue gets exposed that many did not know existed. Recently, a brown and black stripe was added to the Pride flag in the city of Philadelphia. Their Pride board decided this because of the extreme and prolonged racist behaviors toward their community’s POC (People of Color).

The boiling point of the racism occurred when one of the most popular bar owners was caught on video using racial slurs. Something had to be done to make the POC in that community feel safe and wanted. Philadelphia’s LGBT+ leaders decided to honor POC by adding the brown stripe to represent Latinos and the black stripe to represent African-Americans.

I didn’t think much about it and thought it was a nice gesture. I also didn’t believe this would start happening all over the nation. I knew that this was specific to Philly. My shock came when I saw, on Facebook, how non-POC’s reacted to the addition to that city’s flag. There were many misconceptions and rumors that got shared very quickly. The largest myth was that because all POC did not have their skin colors represented on the flag, they were upset and felt left out.

The other one was that this was the new look for all Pride flags.

Then the anger came from many that did not like the aesthetic to change due to tradition. I was hurt, frustrated and angry that people did not focus on why that change had occurred for the city of Philadelphia. They did not think about how it must feel for POC in certain “gayborhoods” that have experienced racism and that they are not dateable. It was a moment that everyone should have evaluated their gayborhoods to see if this was a problem.

Instead the issue got met with “Where’s my white stripe?” and “Don’t change my flag.” I expected more empathy and listening. Sometimes POC just want you to listen and hopefully learn something about their experiences. Don’t meet racial discussions with the initial response of defense. If you are being defensive then you are not hearing their voices. At least now we are talking about it because discussion is the pathway to ending discrimination.

On to something exciting that has caused buzz and curiosity in our community during OKC Pride weekend. OKC Urban Pride had a week filled with education, mental health support, HIV/AIDS awareness and seminars discussing issues for black LGBT+ people. There was also a pool party and a skate party.

Brandi Davis, the founder and CEO, told me that the purpose of having an Urban Pride celebration is to enjoy our unique style of getting down. It is not to be exclusive towards non-POC. They actually want people of all races to experience their style of party and unity. The motto of OKC Urban Pride Events is “Respect our differences.”

Davis has been renting venues and throwing these parties for over a decade now but this year’s celebration was by far the largest. In years past, she has approached some of our clubs and requested hip hop music but was turned down due to misconceptions about that type of music causing violence. So, she took it upon herself to create the atmosphere that encompasses the black LGBT+ style.

From my observations, everyone was having a great time and it was a drama free zone. Davis says she is open to working in collaboration with OKC Pride in the future so ideas can merge for a more diverse celebration.