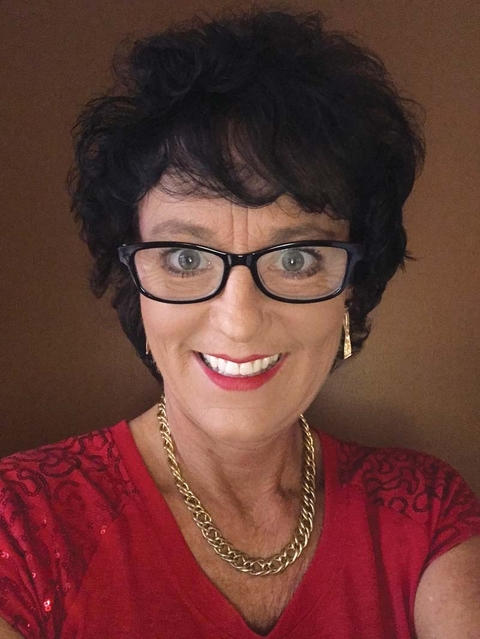 Robin Dorner, community activist and The Gayly Editor in Chief.

Community activist and The Gayly Editor in Chief, Robin Dorner, will be honored with OKC’s Cathedral of Hope OKC’s 2019 Hero of Hope award. Dorner, known for being the face of The Gayly since 2011, will accept the award on January 20 at 6 p.m.

Cathedral of Hope is a congregation of the United Church of Christ. The church recognizes a Hero of Hope as someone who has taken courageous stands for the rights of people and especially works to change how the world thinks about LGBTQ+ people, and how people think about God; reach marginalized people, especially teens living in isolation in small towns; and redefine Christianity as an including faith rather than an excluding religion.

Dorner was raised in Clearwater, Kansas and attended nursing school at Kansas Newman College in Wichita, moving to Oklahoma City in 1983. She has been an activist since the late 1980s when she began volunteering at the Triangle Clinic on 39th St., a free clinic for people living with HIV and AIDS. At the time, she worked as a Registered Nurse in the home health care arena.

The love she found caring for the community as a nurse led her to the Triangle Clinic on 39th Street where she volunteered for many years.

“For the past eight years I have reported on Cathedral of Hope’s Hero of Hope,” said Dorner. “I never dreamed I would be the recipient.

“I am very honored to receive this award,” said Dorner. “In the past years, I have seen it go to some amazing activists and leaders in our community such as Bob Lemon, Paula Sophia Schonauer, Sara Cunningham and so many more. Cathedral of Hope is a great church and resource for so many in our community seeking love and acceptance, and I am grateful to the members who selected me for this honor.”

Dorner retired from her career as an R.N. after 25 years. From there, she began a career in writing and sales, first with The City Sentinel in 2005 covering issues in Midtown OKC. She also worked at the Metro Star from 2009-2011 which, at that time, was the state’s only LGBTQ+ newspaper. When the Star’s editor retired, The Gayly was reborn, and Dorner began freelance work there in early 2011. Soon after, she was placed in charge of operations by the owner, Bob Lemon.

In the summer of 2012, Dorner and her husband, Ken Townsend, purchased The Gayly from Lemon. Dorner and Townsend have operated the newspaper since that time.

Currently, she serves on the board of DBA of OKC, the Diversity Business Association, as well as being a board member of Other Options and Friends Food Pantry (OOI). For nearly 10 years she has not only been a board member, but she also serves the organization’s manager of the Humanitarian Medication Program, a service in which recycled meds are collected, organized, categorized, and sent to third-world countries and war-torn areas across the globe.

In the past, Dorner has served as a volunteer and board member for numerous organizations focusing on the care and welfare of humans and animals.

Dorner will receive the award on January 20 at 6 p.m. at Cathedral of Hope located at 3131 N. Pennsylvania Avenue in Oklahoma City.