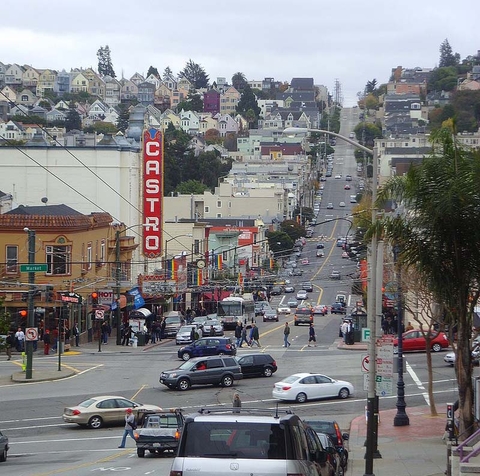 (San Francisco) As the City prepares to celebrate San Francisco Pride this weekend, the Board of Supervisors unanimously passed an ordinance Tuesday authored by Supervisor Rafael Mandelman to create the Castro LGBTQ Cultural District, bringing additional funding and resources to one of the country's most important LGBTQ neighborhoods.

“The Castro has been recognized worldwide for half a century as a symbol of LGBTQ liberation and as an enclave for LGBTQ people to find safety, acceptance, and chosen family,” said Mandelman, who represents the Castro on the Board of Supervisors. “The Castro LGBTQ Cultural District will be an important tool to ensure that the Castro remains a vibrant LGBTQ neighborhood well into the future.”

RELATED: OKC’s gayborhood is getting a makeover

“The Castro has renowned anchor businesses that are synonymous with San Francisco like the Castro Theater, Cliff’s Variety and Twin Peaks Tavern. It is host to many community organizations including the Castro Country Club, the San Francisco AIDS Foundation’s Strut and the Sisters of Perpetual Indulgence. History has been made in the neighborhood at sites like Harvey Milk’s Camera Shop and the storefront where the AIDS Memorial Quilt was conceived,” Mandelman said. “I am proud that this ordinance will allow the Castro to access critical resources to support the small businesses, non-profits, cultural institutions and people that make the neighborhood the heart of our city’s LGBTQ community.”

The boundaries of the cultural district include the Castro and nearby LGBTQ community-serving institutions including the San Francisco LGBT Center, Openhouse’s recently opened LGBTQ-welcoming senior housing and the new home of the San Francisco Gay Men’s Chorus’ National LGBTQ Center for the Arts.

The law requires the San Francisco Mayor’s Office of Housing and Community Development to work with community members and nonprofits to create written reports and recommendations to the Board of Supervisors and the Mayor describing the cultural attributes of the District and proposing strategies to acknowledge and preserve the cultural legacy of the neighborhood. It also allows the Castro to access a portion of the $3 million in dedicated funding for Cultural Districts created by Proposition E.