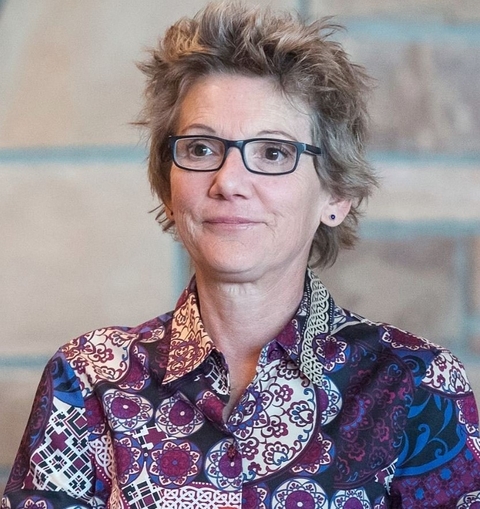 For the first time, an openly gay woman will lead a Federal Reserve bank.

Mary Daly, 55, will take the helm of the Federal Reserve of San Francisco on October 1. A longtime insider at the Fed, she currently acts as the research director.

She replaces John Williams, who left to head the Federal Reserve of New York.

Daly's addition brings the total number of female presidents to three at the 12 Fed regional banks. The decision to appoint Daly follows criticism over the lack of diversity at the top of the Fed.

In an interview earlier this year on a Fed podcast, Daly described her first memory of an interest in economics — being in a car with her parents and learning, to her fascination, that people get paid to go to work.

"I thought you would have to pay to do it, just like you have to pay for sports or something of that sort," she recalled. "So that was my first understanding that the economy ran differently than maybe I had imagined. And I became interested in it right then."

She dropped out of high school, worked at doughnut shops and at Target to cobble together money, and eventually obtained a GED. She credited a mentor with encouraging her to go to college.

She described herself as a labor economist who is "fundamentally interested in how monetary policy interacts with people's lives," and in economic inequality and how people can get ahead.

In the podcast, she said her personal experience has shaped her ability to see how differences — whether in age, gender or race — help her look for economic gaps, understand them and find ways to close them.

"So I'm 4' 11 1/2" on a very strong day," she said. "I'm openly gay. I'm female. And I come from a lower SES (socioeconomic status). So I don't think I've ever felt like I was in the majority. And being female was just one of the things that I didn't feel in the majority for."