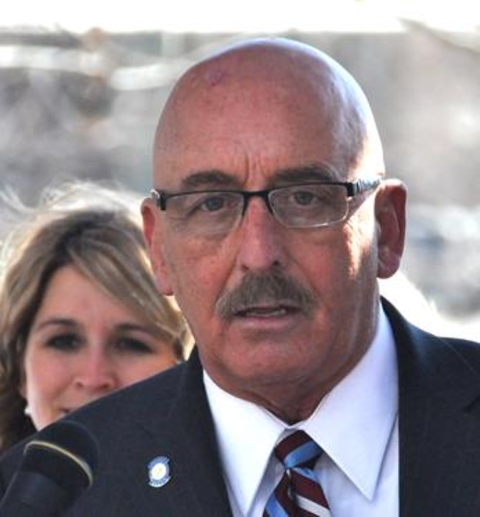 Oklahoma City- Sen. Al McAffrey applauded the thousands of teachers, administrators and others who rallied for education in Oklahoma at the state Capitol Monday.

“I appreciate the many educators and others who took the time Monday to come fight for Oklahoma’s children and their education,” said McAffrey, D-Oklahoma City. “I believe in local control and that education should be left in the hands of our local districts rather than those of our Governor trying to make a one-size-fits-all system for Oklahoma’s schools.”

McAffrey noted that the appropriation to the State Department of Education since FY2009 has decreased by more than $124 million while the state has added around 40,000 students and lost around 1,500 educators. However, the Governor is pushing to further cut the state income tax from 5.25 percent to five percent, which would result in a loss of an estimated $147 million annually.

“The legislature and Governor must do better when it comes to funding public education. We must fight to restore education funding to where it was before the national recession in 2008,” said McAffrey. “I’m appalled that the Governor wants to cut the income tax further at such a tremendous cost to our schools and other state agencies. Oklahoma’s leaders need to get their priorities straight. Our children are our state’s best asset and we’re shunning them by not providing them with adequate funding to get the education they need to succeed in life. Oklahoma’s children and teachers deserve better.”