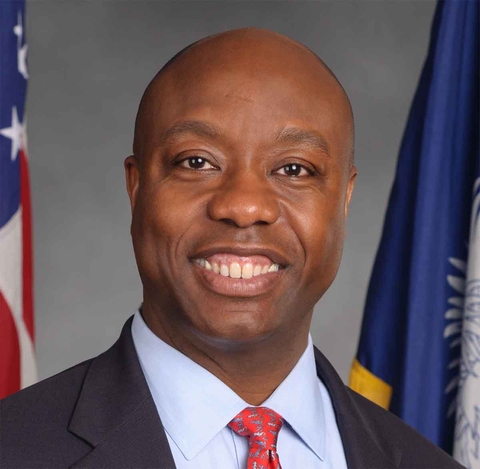 Republican Sen. Tim Scott discussed conversations he's held with President Donald Trump on the issue of race, calling them difficult and "uncomfortable," but also saying they gave him reason to be hopeful.

"Yeah, they're hard. They're painful. They're uncomfortable, to sit in the Oval Office and have a conversation with the President about things that you strongly disagree about," Scott said in an interview on CNN's "The Van Jones Show" airing Sunday at 7 p.m. ET.

Scott, the first black senator elected in the South since Reconstruction, met with Trump for 40 minutes at the White House last year after the President faced bipartisan criticism for drawing equivalence between white supremacists protesting the removal of a Confederate monument in Charlottesville, Virginia, and counterprotesters.

Scott told host Van Jones that he and the President didn't end their conversation in agreement, but he felt the talk was constructive.

"He didn't change his perspective. I certainly can't change my perspective. Mine's educated by my experience," the South Carolina senator said, adding, "But the way it closed, I thought, gave me reasons to be hopeful."

Scott recalled that the President told him, "'Tim, I don't see what you see. What can I do to make things better?'"

"That was a shocking response," Scott said. "I was surprised after the conversation that his response was, 'Help me see a better light.'"

The outcome of their conversation, Scott said, was Trump's support of the senator's "opportunity zone" legislation, which made it into the GOP tax overhaul and uses tax incentives to encourage businesses to invest in low-income communities.

"And my answer is always not for him to speak about issues in the way that he doesn't sincerely believe, but for him to actually do something," Scott said.

Scott has previously told CNN that he doesn't believe the President is racist, but "without question" can be racially insensitive.