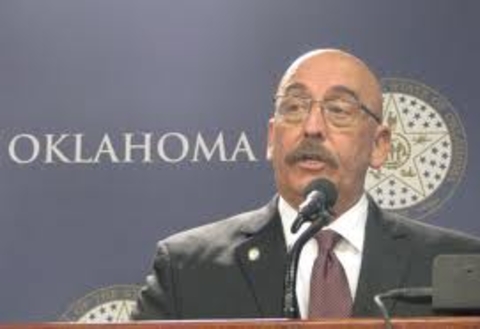 We have officially reached the halfway point of this year’s session. We will continue working on House bills in our Senate committees for the next two weeks and then will return to the Senate Floor for final consideration of those bills that make it through the committee process.

Week before last I had said I was going to discuss how the Senate’s proposed workers comp bill will affect taxpayers but instead wrote about the horse slaughter legislation because we were voting on that this week. I want to get back, however, to our discussion about workers comp reform. I’ve already discussed how SB 1062, to change Oklahoma’s current system to an administrative one, would hurt injured workers and employers. Now I want to talk about how this measure will negatively impact all Oklahoma taxpayers.

First of all, SB 1062 sets up a bureaucratic three-member Workers’ Compensation Commission. This administrative agency would be required to co-exist with the present Workers’ Comp Court to handle open claims for up to 25 years. The bill allows the Commission to hire any Administrative Law Judges and staff necessary to carry out the provisions of the proposed law. The problem is that there is no limit to the number of judges that can be hired meaning Oklahoma taxpayers could be faced with millions in new salaries.

The measure also sets up a Court of Existing Claims to handle open claims of the Workers’ Comp Court. The new Court of Existing Claims will have four judges. The Judicial Nominating Commission will continue to be involved. The bill, however, will cut short the terms of all currently serving judges on January 1, 2014. This is unconstitutional and will result in substantial litigation at taxpayer expense.

The greatest impact upon taxpayers would be the necessity of maintaining dual systems for at least 20 years. The Oklahoma Supreme Court, in my opinion, will not allow the legislature to shut down the Oklahoma Workers’ Comp Court and deny thousands of injured workers due process.

Even if the number of Workers’ Comp Court judges could be cut in half in a few years, the estimated cost of maintain the Workers’ Comp Court for 20 years, at current dollars, would be approximately $100 million. That is an unsustainable amount for Oklahomans.

We’d also have the added expense of the companion Administrative System, which would cost much more. Without question, administrative systems cost more than court systems. From the latest Arkansas annual report, only 4,000 cases were assigned to the 11 administrative law judges of the Arkansas Workers’ Comp Commission in 2010. The Commission has 112 employees with a $10 million annual budget. Oklahoma has 76 employees with a state budget of only $6.6 million. The 10 Oklahoma workers’ comp judges handled three times as many claims as the judges in Arkansas. Oklahoma’s administrative cost is about $550 per case assigned to a judge – compared to $2,500 per case in Arkansas. Oklahoma’s system of a judge resolving a claim is five times more cost efficient than Arkansas.

In comparison, Missouri has an annual budget of about $12 million and adjudicates about the same number of claims as Oklahoma. The cost per case assigned to a judge in Missouri, however, is approximately $880.

It’s estimated that a bureaucratic Administrative System with an unlimited number of Administrative Law Judges, rate experts, and added personnel, could cost more than the $10 million Arkansas pays each year, yet Arkansas has only about half the number of workplace injuries Oklahoma has.

If Oklahoma can fund an Administrative System for just $12 million annually, that still adds up to a cost of $240 million over 20 years for the dual systems.

The math is simple. During the next 20 years, Oklahoma taxpayers could foot the bill for an additional $200 million just to allow employers more control over their workers’ comp claims. Just several more reasons why SB 1062 is bad for Oklahoma!