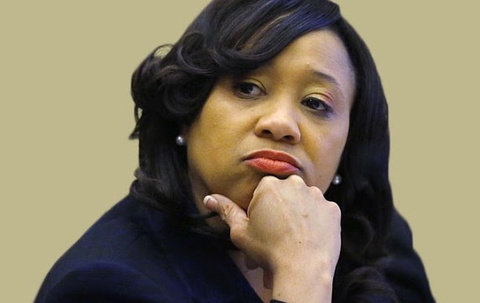 The Gayly reached out to Senator Pittman for clarification on her past voting record, specific to the LGBT+ community of Oklahoma.

The ten questions sent to Senator Pittman are listed below:
1. Please explain your vote on SB 1140 in 2018 (The bill would cover child-placing agencies that block adoptive parents who do not meet the agencies' religious or moral standards.)?

2. We're told the Democratic Caucus educated all members on SB 1140, were you included in the sharing of that information?
"We were. What [the people] don't understand is, the Democratic Caucus was having a meeting. I wasn't there for the first part. I was in my office, responding to preachers. Whatever they discussed prior to me getting in that meeting, I don't know. What was discussed when I walked in [was] I asked Senator Floyd if she supported the bill, Floyd told me, 'if you need to vote your distinct, I understand.'"

3. Please explain your vote on HCR 1009 in 2013 (Concurrent Resolution; reaffirming marriage and urging the Supreme Court to uphold the Defense of Marriage Act and the right of states to regulate marriage.)?
"That bill was before the Supreme Court decided that they would recognize same-sex marriage as constitutional. When we get sworn in, we take an oath to uphold the current law."

4. Of the "2,000 votes" made on behalf of your "district and constituents," how many of those votes were supportive of the LGBT+ community?
"We vote for choice. People need to look up our votes on the bathroom bill. We fight bills from Senator Silk and Senator Dahm all the time."

She continued, "I will stand with the LGBT+ as long as they do not attack me, disrespect me and act like I'm not a Democrat. I didn't have any problem standing in the past, that's how I was able to be honored with the Cimarron Alliance Award. I don't want [people] to assume the rest of the Democrats are talking to me. I am the only black female in the senate."

6. What is your platform regarding LGBT+ issues?
"I have to vote certain ways, I don't have a problem with standing with the LGBT+ community, I will stand for equality and stand for justice."

7. Why should the LGBT+ community vote for you for Lt. Gov?
"The LGBT+ is very progressive.They understand politics are a combat sport." She continued, "We are diverse in the Democratic party, but we are not divided."

8. What is your response to critics within the LGBT+ community that feel betrayed by your voting record?
"I don't feel like I have to respond to the vicious attacks on my character. I've endured the cyber bullying. I've worked to avoid those things for the LGBT+ community. I know they have a right to respond, they have a right to express their disappoint. But I also have a right to vote for my base district." She continued, "At the end of the day, if we don't develop some unity and understanding, we aren't going to win any election cycles."

9. It appears that your votes align with your religious beliefs; not based on what is best for the LGBT+ community of Oklahoma. How do you respond to that?
"I need the LGBT+ community to keep me informed of what's important to them. I always have an open door policy." She continued "That way it won't appear that I am only responding to the religious community that communicates with me."

10. What is the web address to your campaign website for Lt. Gov?
www.AnastasiaPittman.com.

Pittman has been under fire on social media regarding her 'yea' vote on SB 1140. SB 1140 passed 35-9 and now heads to the House. The bill would cover child-placing agencies that block adoptive parents who do not meet the agencies' religious or moral standards.

Serena Blaiz, concerned LGBT+ advocate of Oklahoma City said, "Having been an LGBTQ activist since the mid-1980’s, in two conservative states, I’ve seen a lot of political shenanigans around equal rights for those with a minority sexual orientation. But Anastasia Pittman’s history of dishonesty and game-playing really stands out for me.

"Apparently, she’s been able, until now, to mumble insincere apologies and run away from accountability for votes that bely her professed values of equality and inclusion, then rinse and repeat on bill after bill. She’s done that “oh, dear, what have I done” schtick so much that it’s a distinct MO that can be traced in Facebook posts for at least eight years! Back in 2013 she voted for the heinous anti-gay marriage act, then feigned ignorance to its harmful effects. We should have pulled the fire alarm, the emergency break and the plug right then!  But now? No more lame excuses! Enough is enough!

"Of course, her disingenuous responses when being called out for unexpectedly bad votes extends to non-LGBTQ matters as well. One notable one was HB1804 in 2010, which made helping non-documented immigrants a felony, which included feeding the hungry, transporting the lame and housing those with no place to sleep. Yep, the allegedly-Christian Ms. Pittman voted yes. So much for basing her votes on her Christian faith.

"She’s a fraud and a hypocrite, as well, to Democratic Party principles of LGBTQ inclusion found in the national and state platforms. Even in Oklahoma, she is an outlier on the “Blue” team.

"Hopefully her political career is now history. Since she’s clearly job-shopping, perhaps a gig as a homophobic minister might appeal to her. I hear that pays well and comes with a spotlight."

Floyd Martin, the self-proclaimed Mayor of the OKC Gayborhood, said "Senator Pittman has proven time and time again that she has only her getting elected to her next office in mind. She heard the arguments on the floor and still chose to vote anti-LGBT."

Pittman's initial response to critics came in the form of a press release defending her vote on SB 1140, stating "I was approached by several groups based in my district that provided very substantial research and information when they asked for my support for this bill," Pittman said.  "I welcome anyone to visit and share their thoughts on any issue.  My door is always open.  Before the vote on this particular bill, I heard overwhelmingly from community faith and adoption leaders in support of this legislation, and very little from those who oppose it.  The legislation simply seeks to permit any Oklahoma adoption provider to operate from either a faith or non-faith perspective without fear of lawsuits.  Senate Bill 1140 would guarantee religion isn't used to hinder certain groups from being more active in the adoption process in Oklahoma."

Pittman also said passage of SB 1140 would not put the state in jeopardy of losing federal funds, as several states have already passed similar laws without facing loss of federal dollars, including Texas, Virginia, Michigan, South Dakota and North Dakota.

The press release continued "According to Oklahoma Fosters Initiative, there are approximately 9,000 children currently in state custody.  The statewide campaign strives to unite state, tribal and local governments, businesses, nonprofits and the faith-based community to educate and recruit families to end the foster care crisis in Oklahoma.  Pittman says SB 1140 is not a discriminatory measure.  It protects the religious liberty of faith-based adoptive providers in Oklahoma and allows them to increase participation in state adoption and foster home placements without fear of retaliation for their deeply held religious beliefs."