Sharing my process of discovery 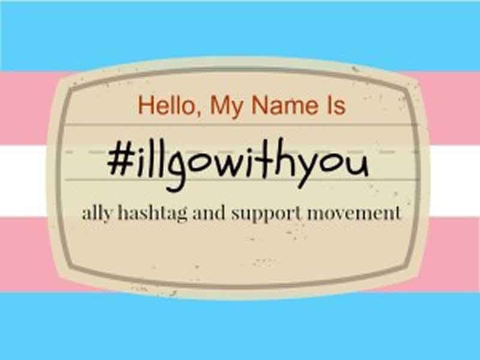 So many of us cis/heteronormative people have no idea what it is to be transgender and what you go through in your process of realization. Could you explain how it was for you when you realized you were “in the wrong body” and what went through your mind, too?

It must be an overwhelming experience which could only be explained by someone who has been there.

Would you feel comfortable explaining your experience, so we can better understand what our trans friends and family go through?

I will start by saying it’s hard for me to say I was in the wrong body. I knew at a younger age - about eight to 10 years old - I was different, though I did not know what it was. When I was that age, there was no internet, no groups about transitioning, or even much information out there. It was not common for anyone to discuss LGBTQ+ issues.

When I got older, I started to realize there was something truly different, and I was not happy with my body. I did many things which put my body in harm’s way. I figured if something happened to me, I would not have to deal with the issues.

I eventually got to the point that I knew what the issue was, though I was not able to express myself regarding my gender identity. The discussions of things like transitioning and even cross-hormone therapy was still a topic not widely discussed.

I would go to places that were underground to express myself though I would hide on a constant basis. I was always freaked out when I thought someone might know what was going on with me. I would get very defensive and very mean.

When I finally came to terms with myself and accepted myself, I was still not able to truly transition though I found I could at least express myself. It was not until about 10 years after I accepted who I was when I started my transition. Even then, I truly never accepted myself as a beautiful or even courageous person.

It was honestly not until earlier this year I realized I was a powerful, strong, beautiful person who was and is making a change in the world.

I want to thank you because if it was not for each of the allies we have, we could not be where we are today. I will have to say that for each ally out there, they speak for about 10 transgender individuals. People can hear from us all the time, though it is our allies who make the change. It is their voices that are heard and get change done.