A simple, “Thank You” 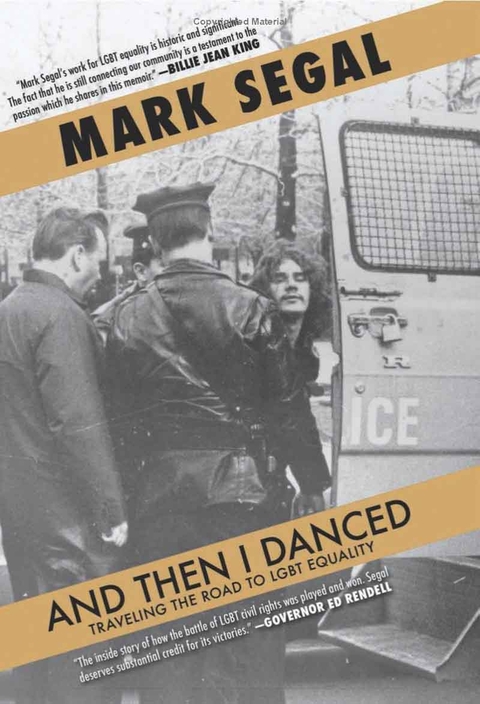 Mark Segal's book, "And, Then I Danced" was selected as Book of the Year by The National Lesbian and Gay Journalists Association.

by Mark Segal
Special to The Gayly

From the time I stepped in front of that first crowd, it was almost natural to start talking about LGBT history…and this year has been filled with wonderful surprises. Just as you think it couldn’t get any better, it does.

My memoir — yes, my memoir, And, Then I Danced — has just been announced as the winner of the Book of the Year Award from The National Lesbian and Gay Journalists Association. It's a humbling feeling, since this is a special award to me for many reasons.

One year ago at the NLGJA convention in San Francisco, my publisher pushed to get copies of the just-printed book to a session the convention was calling its “Author’s Café.” My memoir was not to be officially published and unveiled until Oct. 4 of last year, but one month early it was decided a preview of the book would be held at the journalists’ convention.

As I was on that flight to San Francisco, it dawned on me that that talk would be the first I’d give on the book, and the participants would also be the first crowd to see the book, which to that date had been kept well under wraps. What should I say? What part of the book or my life would they want to hear about? It was the first lesson that all authors must learn, and I’ll have to admit that, while I have given thousands of talks over the years, this one frightened me since this time I was not talking about a movement, I was talking about my personal life.

Lucky for me that joining me for that first presentation in San Francisco were people who had taken part in various parts of my activist life: Nikos Diaman who was a fellow member of Gay Liberation Front New York 1969-71, Tony Russomanno from Gay Youth New York City 1970 and Tommi Avicolli Mecca from my own Gay Raiders, which led the campaign against the TV networks.

So, like I said, when I stepped in front of that first crowd, it was almost natural to start talking about LGBT history since I had three historic individuals present and who had to be introduced and explain their importance. We sold out all copies of the book that day, and that talk has now been used in various forms for the last 12 months as I’ve traveled the country.

So it’s LGBT History Month and it’s the first anniversary of the publication of my memoir. To have it awarded NLGJA’s “Book of the Year” not only tops off a great year but brings a sense of accomplishment to that frightened author who didn’t know what he would say. Now I’ll have to figure out what to say when I accept that award, and that really is simple: Thank you.