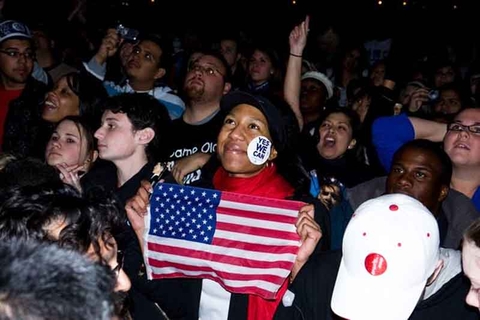 Well, we did it. Took back control of the House of Representatives, flipped several governor seats from red to blue and elected hundreds of Democrats to state legislatures. Great job everybody!

But we cannot sit back and relax. The 2020 election campaign is already underway, with Donald Trump the presumed Republican banner carrier. And if you thought the Republican behavior in the midterm elections was terrible, I expect we ‘ain’t seen nuthin yet.’

One of the main things we must to be aggressive about is to defeat voter suppression. It’s going to have to be in the courts because you know that the Department of Justice will not be doing a single thing to enforce the Voting Rights Act.

The GOP is dead set against young people and minorities voting at all. We have watched as it happened all over the country after the Supreme Court ruled an important part of the Voting Rights Act unconstitutional.

Because of massive gerrymandering by Republican legislatures, the second thing we must do is flip every legislature we can to Democratic control. Flipping seats will allow a fair redistricting which doesn’t give the GOP an unfair advantage by setting up districts where Republicans cannot lose.

But beyond that, if we are going to secure peoples’ right to vote, we need to give them something worthy of voting for to get them to the polls. Just running against Trump’s offensive behavior isn’t going to cut it. In fact, in many of the successful Democratic victories in taking back the House, candidates focused on issues, not on personalities.

What might those issues be? Health care, taxes, immigration,jobs and the economy. Immigration. They were major issues this year and likely will continue to be the issues for 2020. I would add racism and white nationalism because it is clear that Trump will continue his wink, wink, nod, nod to the racist right wing of his party.

We need to focus, in Congress, in introducing legislation that our people want and need. We need to work across the aisle to try to get these issues addressed. I know it is a big reach.

It needs to be clear to voters who are blocking legislation. Trump blames Democrats for that all the time. We need to make clear that it is him, his followers in Congress – particularly the Senate – and his administration that is blocking progress.

In the 2020 Senate races, a lot more Republicans are at risk for losing their seat. Voters need to have good reason to vote out incumbent Republicans and elect Democrats.

And finally, we need a younger, charismatic, positive candidate for president. It pains me to say it. I love Bernie Sanders, Elizabeth Warren and Joe Biden. But let’s face it: in 2020 they will all be in their 70s.

We can see what the midterm Blue Wave included. We had young candidates, women, minorities — maximum diversity. We elected the first Muslim women to serve in the House. Kansas elected an LGBT Native American woman to the House. Colorado elected the first openly gay governor in the country. Hundreds of women were swept into office.

It is a picture of what America is. I love many of our senior Democratic senators, but really folks, they are pretty much all old white men. That’s not what the country is. If you want to see what America looks like, look at the quarter million Americans gathered in Grant Park in Chicago when Barack Obama won in 2008. 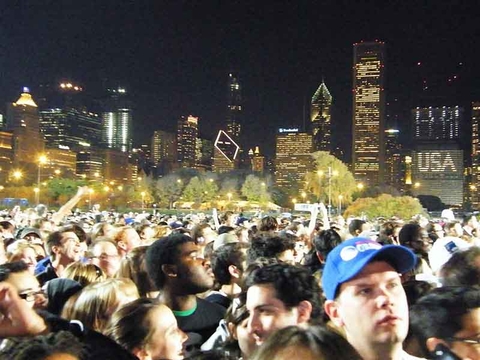 We have a lot of very attractive people coming up in our party. Senators Amy Klobuchar from Minnesota and Kamala Harris from California. Senator Cory Booker. And don’t count Beto O’Rourke out - remember, Abraham Lincoln went on to become the presidential nominee of the Republicans after losing a Senate race.

We need to keep the enthusiasm that we saw this year, with millions more Democrats than Republicans voting. Sorry about not being able to take a little rest. But our democracy depends on this! Resist!

The editors and staff of The Gayly do not necessarily agree with the opinions expressed in this column.