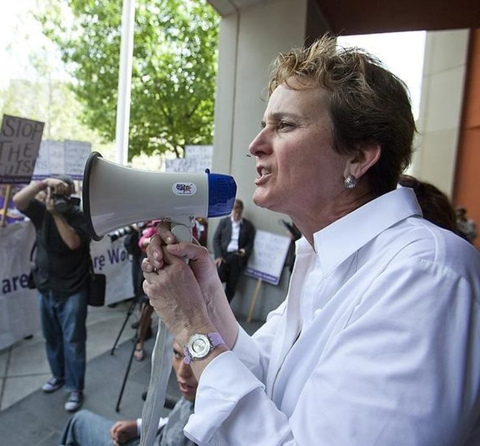 Not to my surprise, but maybe to yours, unions are strong long-term allies of the LGBT+ community.

Even today, in many states, the only job protection LGBT+ workers have is a union contract that guarantees a company will not discriminate against a worker because of their sexual orientation or gender identity.

The lessons learned by LGBT+ workers in organizing for unions have enriched our rights movement as union organizing tactics are put to use in our community’s organizing efforts.

Also, if you are like me, you didn’t know that the leaders of several major unions are openly LGBT+. Here are a few of them. 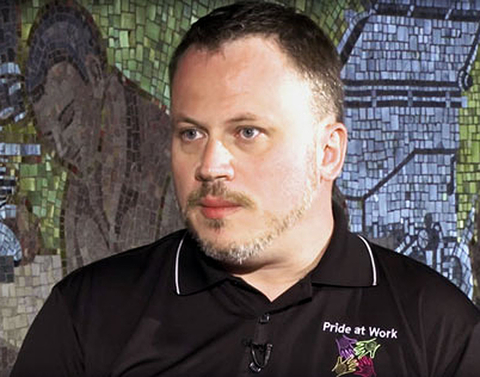 Jerame Davis is the executive director of Pride at Work, an officially recognized constituency group of the AFL-CIO that organizes mutual support between the organized labor movement and the LGBT+ community to further social and economic justice.

In an op-ed, Davis said, “The cause of labor is the cause of every LGBT person. Our shared struggle is one of the most critical movements in America today. The right to work, get paid a living wage, and share in the fruits of your labor is being eroded week by week.

“Collective bargaining is the only tool in our tool belt that allows us to push back against this tide of income inequality and demand our fair share of the economic pie.” 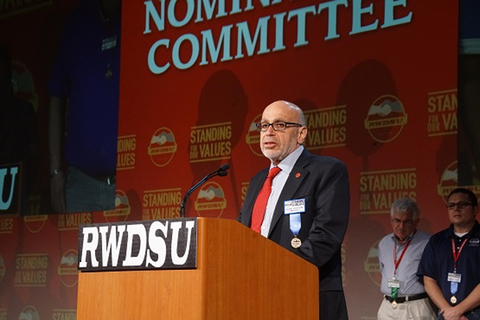 Stuart Appelbaum is president of the 100,000 strong Retail, Wholesale and Department Store Union (RWDSU).  He is openly gay. Appelbaum told HuffPost, “I have always believed the only way to challenge injustice is by organizing people for change. That’s why I first became involved in the labor movement.

“But change also requires being honest with each other and ourselves. For me, that means recognizing that the time has long passed for me to step forward and say: ‘yes, I’m gay.’”

Mary Kay Henry is the president of Service Employees International Union (SEIU), which has 1.9 million members, mainly in the healthcare and social assistance fields. She is a lesbian and was a co-founder of SEIU’s Lavender Caucus, an LGBT+ group within the international union dedicated to improving rights for LGBT+ people within unions and at the workplace.

Henry’s long-time partner, Paula Macchello, is a senior strategic organizer with the International Brotherhood of Teamsters. You may think the Teamsters would not be affirming of the LGBT+ community. You’d be wrong.

The relationship of our community with the Teamsters started with a joint LGBT+-labor boycott of Coors beer. Coors at that time had two questions on their application form (out of 178 questions) which asked, “Are you a homosexual?” and “Are you pro-union?” A “Yes” answer to either question would terminate the application immediately.

The Teamsters and LGBT+ activists teamed up to organize the boycott. Today, Coors – now part of MillerCoors – has a score of 100 on HRC’s Corporate Equality Index. 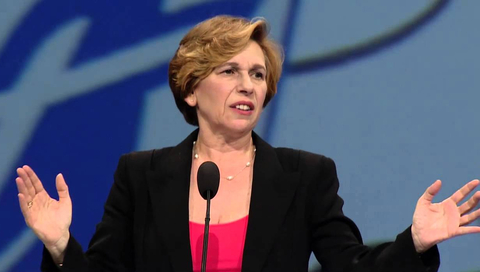 Randi Weingarten, who came out in 2007, is president of the 1.7 million-member American Federation of Teachers. The union she leads helped to win domestic partner benefits for municipal workers in the early 1990s, according to The New York Times.

“It has negotiated anti-discrimination language in its contract, supported gay and lesbian students at the Harvey Milk High School and backed a 2004 law that required city schools to combat bullying and harassment based on bias,” said Weingarten.

Unions have long been our allies in the fight for LGBT+ rights. We have not always returned the favor. In our states, the only job protection you may have is the anti-discrimination articles in your union contract.

If you are a union member, thank labor activists for that benefit. If you aren’t, organize and resist!