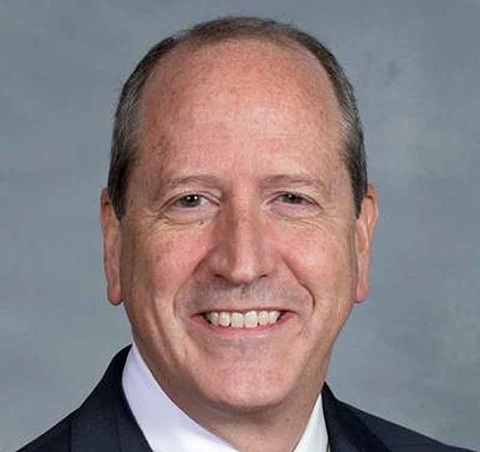 Bishop becomes the GOP nominee for the open House seat following a lengthy legal dispute and a call for a new election in North Carolina's 9th District. Bishop was projected to receive more than the necessary 30% of the vote in the district's primary Tuesday night, surpassing nine other Republicans seeking the nomination to avoid a runoff.

He is nationally known as an original sponsor of North Carolina's "bathroom bill," which attempted to block cities from allowing transgender people to use public bathrooms for the sex with which they identify. Following the election of a Democratic governor and significant backlash, the bathroom law was repealed in part.

North Carolina's congressional seat drew national attention in the wake of the midterm elections last year when allegations of fraud emerged following the close race between Republican Mark Harris and Democrat Dan McCready. McCready, the only Democrat in the race, is now set to face Bishop in a September 10 general election.

After last fall's election, Harris initially appeared to be ahead of McCready by nearly 1,000 votes, but the state's board of elections refused to certify the Republican as the winner. As investigations continued along with legal and logistical delays, the seat was left open when the new Congress began this year.

A woman testified in a February hearing that she picked up and falsified ballots at the direction of an operative working on Harris' behalf. Harris said neither he nor his campaign leadership "were aware of or condoned the improper activities" from the hearing, and said a new election should be called.

The North Carolina Board of Elections voted to hold a new election, and Harris bowed out of the new race, citing health concerns.

North Carolina later laid out the timeline for the new election, which will feature a general election September 10, given that CNN has projected Bishop will amass enough votes to avoid a runoff.

According to the candidate list from the state board, the race also includes one Green Party and one Libertarian candidate.

Former GOP Rep. Robert Pittenger, who Harris unseated in the GOP primary last year, did not run in Tuesday's contest.