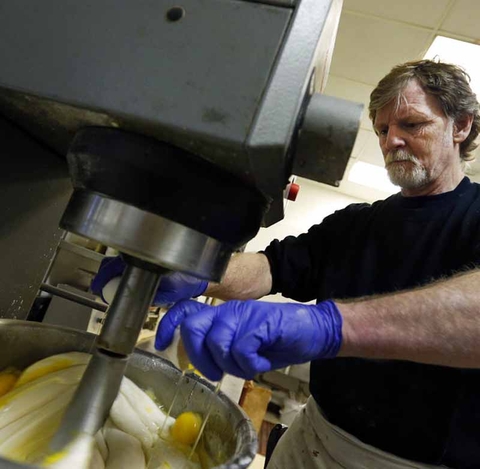 Washington — The Supreme Court today announced it will review a decision from the Colorado Court of Appeals that found that a cake shop discriminated against a same-sex couple by refusing to sell them a wedding cake.

In 2012, Colorado residents David Mullins and Charlie Craig visited Masterpiece Cakeshop to order a wedding cake. Mullins and Craig planned to marry in Massachusetts and then celebrate with family and friends back home. Masterpiece owner Jack Phillips informed the couple that, because of his religious beliefs, it was his standard business practice to refuse to provide cakes for same-sex weddings. Phillips had turned away several other couples for the same reason.

“This has always been about more than a cake. Businesses should not be allowed to violate the law and discriminate against us because of who we are and who we love,” said Mullins. His husband, Craig, added, “While we’re disappointed that the courts continue debating the simple question of whether LGBT people deserve to be treated like everyone else, we hope that our case helps ensure that no one has to experience being turned away simply because of who they are.”

The American Civil Liberties Union and the ACLU of Colorado represent Mullins and Craig in the case. Under Colorado law, businesses open to the public like Masterpiece Cakeshop may not refuse service based on factors including race, sex, national origin, or sexual orientation. After Mullins and Craig won, the Colorado Supreme Court declined to hear an appeal.

“The law is squarely on David and Charlie’s side because when businesses are open to the public, they’re supposed to be open to everyone,” said James Esseks, director of the ACLU’s LGBT Project. “While the right to one’s religious beliefs is fundamental, a license to discriminate is not. Same-sex couples like David and Charlie deserve to be treated with the same dignity and respect as anyone else, and we’re ready to take that fight all the way to the Supreme Court.”

More information about this case can be found here: https://www.aclu.org/cases/charlie-craig-and-david-mullins-v-masterpiece-cakeshop.