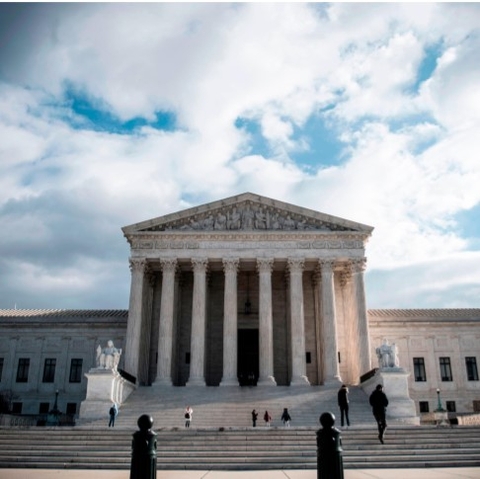 Lower courts have split on the issue that is of critical importance to LGBT rights supporters who are seeking broadened protections. The Trump administration has said that Title VII of the Civil Rights Act does not provide such protections.

The court will hear arguments on the cases next term.

"Whether Title VII of the Civil Rights Act of 1964 bars employers from discriminating on the basis of sexual orientation and/or transgender status has been looming as a major question in the lower courts for the past few years," said Steve Vladeck, CNN Supreme Court analyst and professor at the University of Texas School of Law.

"Today's grants means not only that the Supreme Court is going to settle the matter, but that its answers are likely going to come right in the middle of the 2020 election season. And although the court had taken significant steps to protect against discrimination on the basis of sexual orientation, that was when Anthony Kennedy was still the court's swing vote."

These cases will become a major test for the court's newly solidified conservative majority. All eyes will be on Chief Justice John Roberts and Justice Brett Kavanaugh as they wade through the facts of three cases with divergent backgrounds.

In that case, Aimee Stephens worked for six years as a funeral director before announcing that she was transitioning. She informed her boss in 2013 and two weeks later was fired.

Her boss believed that "coming to work dressed as a woman was not going to be acceptable." Stephens sued, arguing that she had been terminated on the basis of her transgender status.

The cases are being closely watched by LGBT rights groups which are seeking to broaden protections. The Trump administration, on the other hand, does not believe the law currently includes those protections.

"Like other Americans, LGBTQ people want to make a living and provide for their families," Masen Davis, CEO of Freedom for All Americans, a bipartisan campaign for LGBT rights, said in a statement Monday. "A win in these cases would improve the lives of millions of LGBTQ people and their families as well as send a message about the inherent importance of all of us being able to go to work, to live our everyday lives free from discrimination, and to have the means to take care of ourselves and our loved ones."