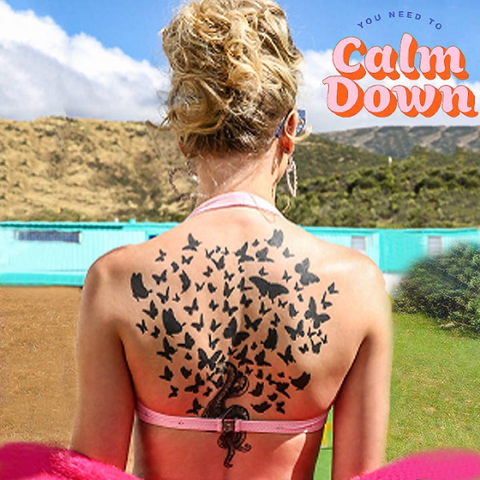 Taylor Swift has released her new song, You Need to Calm Down, and the video will feature a star-studded -- and eclectic -- collection of the singer's friends.

The singer posted a teaser for the video on Sunday, which quickly flashes the names of just a few famous pals who will appear.

Ready for a taste?

Swift has been promoting the new tune on Instagram with images of sprinkles, rainbows, tattoos, crowns and tea.

On Friday, she gave a surprise performance at the Stonewall Inn in New York City and wished the crowd at the site of the LGBTQ rights landmark a happy Pride Month. The Greenwich Village spot was holding an event celebrating the 50th anniversary of the 1969 Stonewall uprising, which was a catalyst for the gay rights movement.

If that's not exhausting enough, Swift promises there are even more celebs who will appear in the video when it debuts on Monday.