Tell me again, who said we shouldn’t serve? 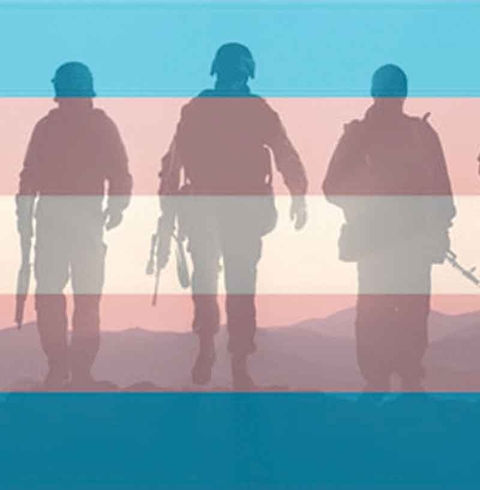 President Trump spoke before a rally in Alabama and reignited the issue of NFL players taking a knee during the national anthem to protest. This exacerbated the divide in America that his presidency has fostered.

Through the accusations of racism, the calls for patriotism, demands for respect for American symbols and the shouts about First Amendment rights, the inevitable topic of military service came into play. Those who were offended by the protests invoked the sacrifice of those soldiers who have given their lives, those that put their lives at risk and the patriotic symbolism of military service.

Those on the left immediately countered with those vets and soldiers who said that they supported the right of protest as the game of military service brinksmanship continued.

The President has shown a disdain for veterans, the call to serve and the families who lost someone. That deserves a calling out. During the campaign, Trump remarked that Sen. John McCain was not a war hero. He claimed, “I like people who weren’t captured,” which brought about a deserved backlash.

While a prisoner of war, McCain was tortured to the point that he was permanently crippled. He refused early release by North Vietnam, which tried to use his father’s status as commander of US forces in the Pacific as a propaganda tool.

Later Trump was gifted a Purple Heart, the award given to veterans for wounds received in combat. He remarked that he ‘always wanted one'. He had the opportunity to receive one, but received five deferments during the Vietnam War to attend school. He received his ‘bone spurs’ deferment after playing sports in college.

You did not have to wait for the draft during Vietnam. You could have easily enlisted, and many actually did, some even lying to recruiters or the draft board to seek an opportunity to fight for their country.

Trump is like many Americans who speak bigly and carry a small stick. Currently less than half a percent of Americans serves in the military.

Of the 22 million veterans today, most are post-draft veterans of peace-time service: Vietnam, the Gulf War or the ongoing War on Terror. When conservatives are willing to send soldiers into harm’s way, but have no interest in taking care of them after their service is over, it should be made into a flag and flown from every pole.

During this war, while conservatives waved the flag, the US military experienced significant enlistment shortages, causing standards for enlistment to be dropped time and again. Enlistment still fell short even as financial incentives were offered. Where were these conservatives, talking of the threat terrorists posed to America and soldiers patriotic sacrifice?

They certainly were not enlisting.

They were content to stay at home, wave flags on the Fourth of July, thank veterans for their service, bang the drums of war and give speeches in front of color guards carrying the flag. They were content to invoke soldiers’ sacrifices but were not, and still are not, willing to serve.

They tied true patriotism with service as they fought tooth and nail to keep gays and lesbians out. They cheered when Trump went against military experts and imposed a ban on transgender soldiers.

Those who were not willing to serve want to dictate who could and still have the right to invoke their love of the military. Conservatives must begin to put their own lives on the line, spend their own money, be willing to send their own children off to war and care for veterans like they claim they deserve.

They cannot stand behind a President who has mocked the families of those who have lost a child to war and war veterans themselves while he plays at war and flippantly threatens to kill hundreds of thousands on the Korean peninsula. They cannot claim to revere soldiers as the ultimate patriots, and then cite patriotism for their views though not willing to serve themselves.

They certainly cannot claim to know what’s in the hearts of those who have served, when they lack the moral courage and strength of heart to serve themselves.