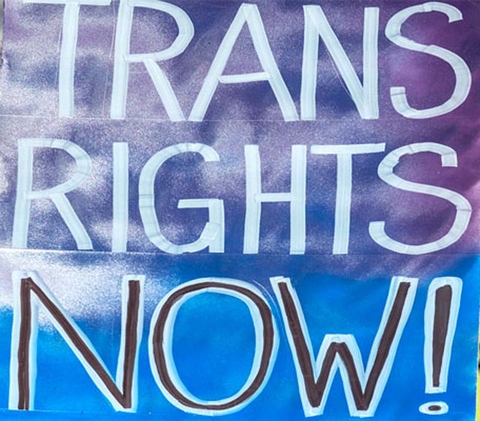 A new bill requiring Tennessee students to play sports based on their birth certificate's gender identification is being called "demeaning" by activists and "proactive" by the bill's sponsor.

Introduced last month, the bill would require student-athletes to only compete against other athletes of the same biological sex.

The bill would affect transgender athletes, who may be a gender different than the one assigned at birth. For example, a student's birth certificate could list the student as female, but the student identifies as male and present as so or vice versa.

"It's not intended to demean, degrade, or diminish anyone," Griffey said. "It's just trying to maintain fairness."

When asked about those assigned female at birth who identify as male, Griffey said there isn't a simple solution. He reiterated that "males have a genetic advantage" and that it isn't "fair to put the burden on the girls."

Schools that choose not to follow the rule would no longer receive public funding, the bill states. School officials that violate the rule could face a civil lawsuit and be fined up to $10,000. In addition, officials found to have violated the rule would be fired and be ineligible to hold public office or a school administrative position in the state for five years.

Tennessee's 2020 legislative session begins January 14, and the bill has yet to be assigned to a committee.

But that doesn't mean it doesn't pose a threat, said Chris Sanders, executive director of the Tennessee Equality Project, which advocates for LGBTQ rights.

By preventing students from participating in sports that align with their gender identity, the bill forces students to be something they aren't and portray a gender identity that isn't who they are, Sanders said.

"That is demeaning," he said.

Sanders said the proposed penalties in the bill are "draconian."

"That shows there's something more at work here than your run-of-the-mill, 'We want fair competition,'" he said. "This is a level of animus at transgender students that is unprecedented."

A law like the one proposed in Tennessee has been enacted in Texas and has already been tested.

When he won the girls' wrestling state championship, people said he should be competing against boys, which is what Beggs wanted. But due to the Texas law, he had to play on the girls' team.

Just a few months after Beggs won, a Texas lawmaker proposed a bill prohibiting steroid use, a move that some lawmakers argued was to keep transgender athletes from participating in sports altogether.

Beggs now wrestles on the men's team at Life University in Georgia. At the time of his win in 2017, he said he didn't challenge the rules because he didn't want to risk losing his ability to participate.

"I would rather have a chance to compete than not compete at all," he said.

In February 2019, a bill that would have prevented transgender high school students from playing on sports teams based on their gender identity died in the South Dakota Legislature. Supporters of the South Dakota bill also cited fairness for girls facing competition from students who were male at birth but now identify as female.

The NCAA, which governs collegiate athletics, says that transgender men undergoing hormonal treatments (i.e., undergoing a female-to-male transition) may compete on a men's team, but would no longer be eligible to play on a women's team.

For transgender women, undergoing a male-to-female transition with hormonal treatments, the policy slightly differs. They must complete one year of treatment before they're able to compete on a women's team. Before the year is over, they must continue competing on a men's team.