The time of year to believe the world can be better 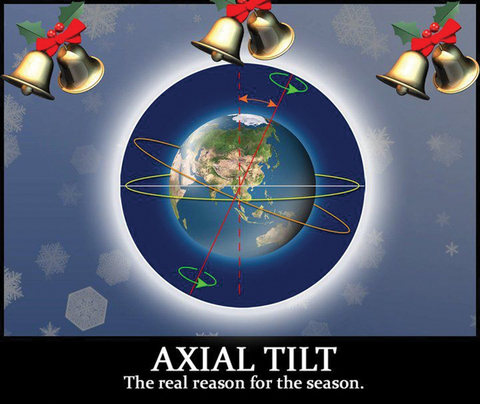 Another Christmas season is upon us with all the trappings it brings. The food, festivities and paper you buy every year because you forget you still have some sitting in the back of the closet from last year.

It can be such an exciting, fun and frustrating time as we try to reconcile our excessive consumption with trying to be kind to each other.

There’s that person that makes their one other trip to church a year and the other who won’t shut up about it “really being a pagan holiday the Christians stole.”

Look, just shut up; we know you’re a pagan because you keep mentioning it every five minutes and your pentagram is a pretty big tell.

Through all of this, we keep forgetting “the reason for the season”. Now what that reason is, is pretty agreed upon by most people except the “extremely awful” people. The reason is hope for the future and humanity.

Christmas hits right around the time of the Winter Solstice in the Northern Hemisphere, meaning that night will be longest of the year and the sun begins its return to prominence.

This means that the earth will begin its renewal to light, warmth and hope. The people of the past saw this as a spiritual event as it meant life returned and there is debate that the Christians chose this for the same reasons.

Either way, it means that the hope for life, for prosperity and with the influence of Christianity, peace will prevail with the coming of Jesus.

Look, I’m not gonna argue for what I particularly believe because it doesn’t matter in the end; it’s what you believe.

All I’m going to say is that in our society, Christmastime/Winter Solstice/Yule/Hanukah/Whatevertide has come to mean a celebration of togetherness and hope for a better future together.

This is probably the reason that International Human Rights Day is celebrated on December 10th. It’s tied into the Universal Declaration of Human Rights, which is the second most widely translated work in the world after the Bible.

The Declaration itself advocates for the basic concepts of dignity, liberty and equality. It advocates for freedom of conscience and religion as well as peaceful association.

There’s even a part that advocates for a person’s cultural and social rights to include healthcare and a fair standard of living. It even supports LGBT+ rights as a fundamental truth.

Christmastime means a lot of things to people but, to me and a lot of people, it means that the dark times are ending and there is something to look forward to in the New Year.

This year has sucked a lot, between the mass shootings, the inauguration of Trump, the attacks on LGBT+ people’s rights and the threats to our very democracy.

Yet, as we approach the return of the warmth of sun and rebirth of the world, we hope for peace and human dignity.

As I write this, abusers are being outed, Trump’s administration flounders as it tries to dismantle our government and hurt the least among us and Mueller grows ever closer to bringing it all crashing down.

It doesn’t matter whether you believe Jesus came to bring peace and man’s redemption from sin, that the unconquered sun returns to renew the world or just that the Earth has just wobbled on its axis some more.

We can look to the fact that we take this time of year to believe the world can be better. That we can be good to each other. That there are leftovers in the fridge.