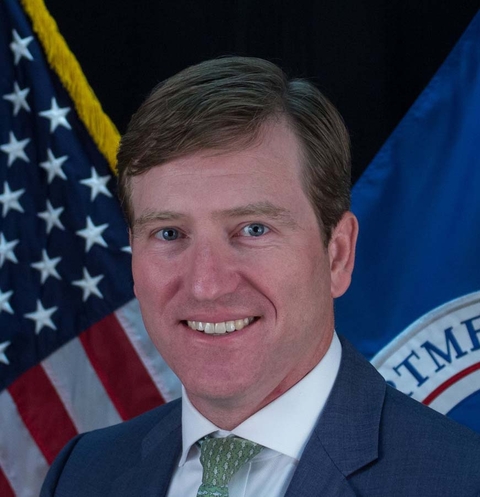 The top cybersecurity official at the Department of Homeland Security said Friday that backup paper ballots would be a necessary part of 2020 election security.

"Ultimately when I look at 2020, the top priority for me is engaging as far and wide as possible, touching as many stakeholders as possible, and making sure we have auditability in the system," Chris Krebs, DHS' top cyber official, said at a DEFCON cyber conference Friday when discussing election security.

"IT, key tenant, can't audit the system, can't look at the logs, you don't know what happened," he added. "Gotta get auditability, I'll say it, gotta have a paper ballot backup."

Krebs said that he doesn't "have all the answers" on election security, adding that "a lot of these policy suggestions are not my job to answer -- Congress has a role here."

The cyber head also called for state legislatures to pick up the slack along with federal lawmakers in addressing a lack of much needed funds to update different states' election systems.

"Their states need to step up, their legislature needs to step up," he added. "The federal government has a role here, too. That's the conversation that's happening and has to happen with greater speed and greater aggressiveness."

Paper ballots have become a new area of interest for many election experts in light of concerns over the security of elections following Russia's interference effort in the 2016 presidential election.

CNN reported in June that the US' largest election equipment manufacturer has begun quietly lobbying Congress to force all voting equipment to create a paper trail, a sharp departure after years of selling paperless digital machines that can't be fully audited.

"There's a big recognition today that auditing is important, and to do a proper audit you need a piece of paper," Kathy Rogers, Election Systems & Software senior vice president of government relations, told CNN.

"I'll tell you it's a decision that came at a cost. We've lost a few sales because of it. But we think it's the right thing to do," she added.

Some lawmakers have also pushed for paper ballots, with a group of congressional Democrats introducing legislation in May that would require hand-marked paper ballots and "statistically rigorous" cybersecurity audits for federal elections.