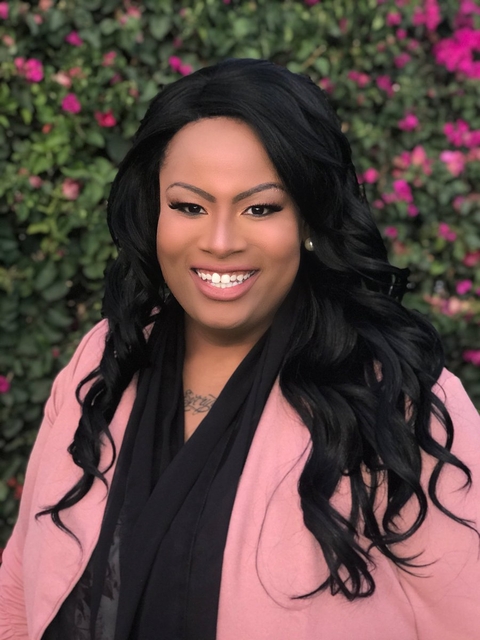 A transgender activist who made waves last year for confronting Caitlyn Jenner is running for public office.

Following the resignation of California Assemblyman Sebastian Ridley-Thomas, Ashlee Marie Preston announced Dec. 30 that she plans to run for the District 54 seat. If elected, she would represent Century City, Westwood and a number of other Los Angeles neighborhoods.

“As someone directly impacted by the issues that often diminish the quality of life, I have an acute understanding of which policies must be put into play in order to move progress forward for the constituents of the 54th district and beyond. I believe in prioritizing people over politics,” Preston, who previously served as the editor-in-chief of Wear Your Voice magazine, said in a press release cited by The Advocate. “We are more than poll percentage points; we are real people with real stories.”

Related:
He spoke up for his two moms. Now he’s running for the Iowa senate
Bisexual congresswoman running for Senate
"God's authority" prohibited Kim Davis from issuing his marriage license, now he's campaigning for her job

“I fully intend to continue honoring those experiences, and advocating for those who don’t have a seat at the table,” she added.

Preston gained widespread attention after she was seen confronting Jenner at a Trans Chorus of Los Angeles event in August. The activist, who has reportedly served on the boards of the Transgender Service Provider Network and the Human Rights Campaign, blasted Jenner, a longtime Republican, for her support of President Donald Trump.

“You’re a fucking fraud,” Preston told Jenner at the time. “It’s really fucked up that you continue to support somebody ... that’s erasing our fucking community. And you support it!”

In an interview with HuffPost after the incident, Preston said she believed that Jenner “owes the [transgender] community an apology” for backing Trump, who has rescinded federal guidance on protections for trans students against discrimination and attempted to ban trans recruits from the U.S. military.

“Caitlyn Jenner is a text book case on cognitive dissonance and her vote against her own supposed interests made that evident,” Preston said. “Her commentary and actions have carried real consequences for the transgender community; people who aren’t afforded the same protections and privilege as she has.”

In September, Preston was named one of The Root’s 100 Most Influential African-Americans of 2017. If elected, she has said she plans to address issues of police brutality, trans discrimination and immigration.