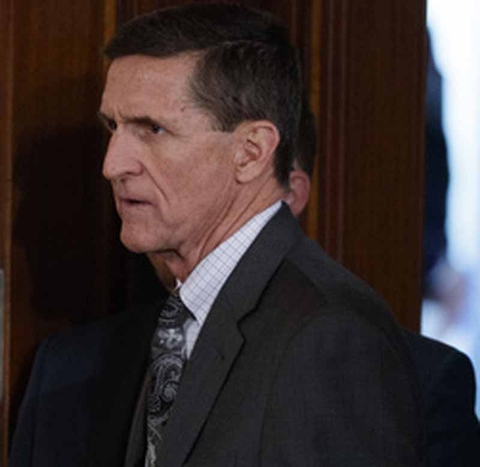 Washington (AP) — Lawyers for retired Lt. Gen. Michael Flynn told President Donald Trump's transition team that Flynn might need to register with the Justice Department as a foreign agent, according to a White House official and a person with direct knowledge of the discussions.

A White House official said Flynn's personal lawyer contacted Trump transition attorneys before the inauguration about the possible filing as he was being considered for appointment as Trump's national security adviser. The official said the transition team was not made aware of the filing's details and Flynn's related business dealings, and advised Flynn's lawyer that it was a personal matter they would need to handle. The official was not authorized to discuss private conversations and spoke on condition of anonymity.

Among those told of Flynn's lobbying work that may have benefited the government of Turkey was Don McGahn, Trump's campaign lawyer who served in the transition and later became White House counsel, said the person, who was not authorized to describe confidential conversations and spoke on condition of anonymity.

The White House has been unclear about when it was told of Flynn's lobbying.

The new details follow remarks Thursday by Vice President Mike Pence, who said he was unaware of Flynn's foreign agent work until this week. Asked whether the president knew about Flynn's work when he was appointed, White House spokesman Sean Spicer said Thursday that he did not believe "that was known."

The disclosure of the contacts between Flynn's team and the transition does not directly contradict the remarks from Pence and Spicer, but it shows that some key Trump administration officials were aware prior to Flynn's appointment that it was likely he would be registering as a foreign agent.

Flynn and his firm, Flynn Intel Group Inc., filed paperwork this week with the Justice Department formally identifying him as a foreign agent and acknowledging that his work for a company owned by a Turkish businessman "could be construed to have principally benefited the Republic of Turkey."

Flynn's company was paid $530,000 for work for a Turkish company, according to the filings.

Trump asked Flynn to step down last month for misleading Vice President Mike Pence and other administration officials about his contacts with Russia's ambassador to the U.S., Sergey Kislyak.