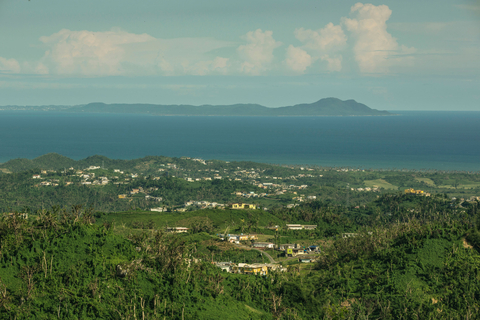 Two men have been charged in connection with the deaths of two transgender women in Puerto Rico, authorities said.

Juan Carlos Pagán Bonilla, 21, and Sean Díaz de León, 19, were charged with carjacking and with using and carrying a firearm during and in relation to a violent crime, the US Justice Department announced on Friday. Both are in federal custody.

The FBI and Puerto Rico police are continuing to investigate, the Justice Department said in a news release. An FBI special agent called the men's alleged crimes a violation of the Hate Crimes Act, according to a federal affidavit in support of the criminal complaint.

Police in Puerto Rico responded to a report on April 22 about a vehicle on fire, according to the affidavit. When officers arrived, they found two charred bodies inside.

Their deaths are the latest in a wave of recent violence against transgender people in Puerto Rico. At least five transgender and gender non-conforming people on the island have been killed this year, according to the Human Rights Campaign.

CNN has reached out to the US District Court of Puerto Rico to determine if Díaz and Pagán have been assigned legal representation and when their next court appearance is.

The men had been on a double date with the women, affidavit says

Pagán told FBI agents that he and Díaz had planned to go on a double date with the two women on the night of April 21, according to the affidavit. Before they both left his home, Díaz took two narcotics and walked back to his house to get a firearm, an FBI agent testified Pagán told authorities.

Later that night, Díaz told Pagán that the woman Díaz had sexual relations with "admitted" she was transgender, the affidavit said, a fact that angered him because she had not disclosed it before they engaged in sexual activity.

A little later, Díaz told Pagán that the other woman also was transgender, the affidavit said. Díaz said he wanted to kill both women, Pagán told FBI officials, according to the affidavit.

One of the women tried to deescalate the situation by suggesting that they go out and get more marijuana and talk more, Pagán said, according to the affidavit. They went out for a drive in the car of one of the women and Díaz shot and killed both women, Pagán told investigators, the affidavit said.

The two men agreed to dispose of the bodies in Humacao and drove the car there, allegedly setting it on fire, the affidavit said.

The next day, the families of two victims, who are unnamed in the affidavit, reported them missing and mentioned a Snapchat video showing them the night before with two men, later identified by police as Pagán and Díaz, the federal affidavit said.

"They are killing us while the government looks the other way," Pedro Julio Serrano, spokesperson for the Broad Committee for the Search for Equity (CABE), said in a statement.

The organization criticized leaders on the island for perpetuating language that stoked anti-LGBTQ sentiment.

"The violence we are experiencing has its roots in the hateful rhetoric and actions by fundamentalist politicians and religious leaders who incite violence, who persecute, demonize and attack LGBTQ people," Carmen Milagros Vélez Vega, another CABE spokesperson, said in a statement. "Enough of using us as scapegoats for your divisive agendas."

In February, the killing of Alexa Negrón Luciano sparked outrage and renewed a conversation on the island about transphobia other issues faced by transgender and gender non-conforming people.