UN: We botched response to the Ebola outbreak 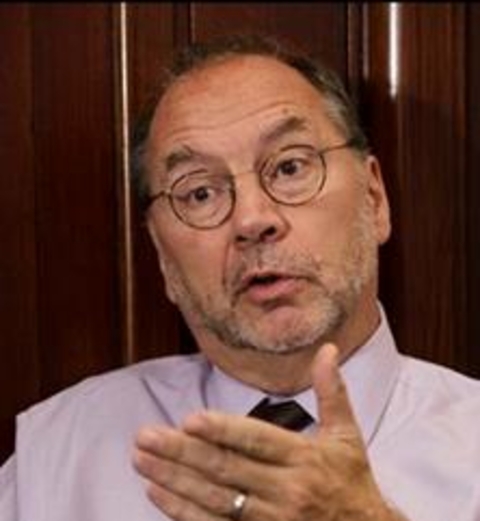 Dr. Peter Piot, the co-discoverer of the Ebola virus questioned why it took the World Health Organization five months and 1,000 deaths before before declaring Ebola an international health emergency. (AP Photo/David Azia)

London (AP) — The World Health Organization has admitted that it botched attempts to stop the now-spiraling Ebola outbreak in West Africa, blaming factors including incompetent staff and a lack of information.

"Nearly everyone involved in the outbreak response failed to see some fairly plain writing on the wall," WHO said in a draft internal document obtained by The Associated Press, noting that experts should have realized that traditional infectious disease containment methods wouldn't work in a region with porous borders and broken health systems.

The U.N. health agency acknowledged that, at times, even its own bureaucracy was a problem. It noted that the heads of WHO country offices in Africa are "politically motivated appointments" made by the WHO regional director for Africa, Dr. Luis Sambo, who does not answer to the agency's chief in Geneva, Dr. Margaret Chan.

WHO is the U.N.'s specialized health agency, responsible for setting global health standards and coordinating the global response to disease outbreaks.

Dr. Peter Piot, the co-discoverer of the Ebola virus, agreed in an interview Friday that WHO acted far too slowly, largely because of its Africa office.

"It's the regional office in Africa that's the front line," he said at his office in London. "And they didn't do anything. That office is really not competent."

Piot, director of the London School of Hygiene and Tropical Medicine, also questioned why it took WHO five months and 1,000 deaths before the agency declared Ebola an international health emergency in August.

"I called for a state of emergency to be declared in July and for military operations to be deployed," Piot said. But he said WHO might have been scarred by its experience during the 2009 swine flu pandemic, when it was slammed for hyping the situation.

In late April, during a teleconference on Ebola among infectious disease experts that included WHO, Doctors Without Borders and the U.S. Centers for Disease Control and Prevention, questions were apparently raised about the performance of WHO experts, as not all of them bothered to send Ebola reports to WHO headquarters.

WHO said it was "particularly alarming" that the head of its Guinea office refused to help get visas for an expert Ebola team to come in and $500,000 in aid was blocked by administrative hurdles. Guinea, along with Sierra Leone and Liberia, is one of the hardest-hit nations in the current outbreak, with 843 deaths so far blamed on Ebola.

The Ebola outbreak already has killed 4,484 people in West Africa and WHO says within two months, there could be new 10,000 cases of Ebola every week unless more measures to fight the outbreak are taken.

When Doctors Without Borders began warning in April that the Ebola outbreak was out of control, a dispute on social media broke out between the charity and a WHO spokesman, who insisted the outbreak was under control.

At a meeting of WHO's network of outbreak experts in June, Dr. Bruce Aylward, normally in charge of polio eradication, alerted Chan about the serious concerns being raised about WHO's leadership in West Africa. He wrote an email that some of the agency's partners — including national health agencies and charities — believed the agency was "compromising rather than aiding" the response to Ebola and that "none of the news about WHO's performance is good."

Five days later, Chan received a six-page letter from the agency's network of experts, spelling out what they saw as severe shortcomings in WHO's response to the deadly virus.

"This (was) the first news of this sort to reach her," WHO said in the draft document. "She is shocked."

Other experts said it was impossible to predict that the initial Ebola cases in Guinea would spark the biggest-ever outbreak of the lethal disease.

"There were a lot of mistakes made by WHO but a lot of the best public health minds would have thought we could handle this in July," said Michael Osterholm, an infectious diseases expert at the University of Minnesota.

"By the time we realized how bad things were, the genie was already out of the bottle," he said.

Osterholm said the U.N. health agency was far from the only organization to blame.

"If we fault WHO for the early dropping of the ball, the whole world has dropped the ball in some sense," he said. "Nobody is to blame because everybody is to blame."