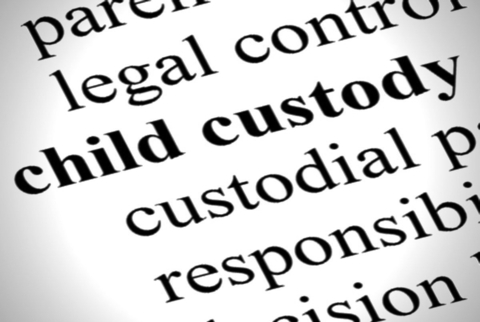 A man walked up to me the other day and tells me his story. He is frustrated and feels helpless. He has a child with his ex-partner. His name is on the child's birth certificate and he pays child support to his ex-partner.

Further, the ex-partner met someone online and now wants him to be the dad of his child's life. She moved out of state with their child to live with the new partner. Now she refuses to tell the child’s dad where she lives and is blocking the dad’s calls. The dad couldn’t get the police or DHS to help him. He was desperate and needed to take action immediately.

Child custody laws can be complicated and confusing. Generally speaking, when a child is conceived or born to parents who were unwed at the time the child was conceived or born, the biological mother of the child is the only person with legal custody rights, without a court order. There are a few exceptions.

This rule applies even when the dad is named on the birth certificate and is paying child support. Unless these unwed parents have a child custody court order, then the dad does not have the legal right to have visitation with his child or decide where the child will live.

Without a court order of child custody, an unwed mother can legally move her child to another state without telling the dad or getting his consent. In these cases, the Parental Kidnapping Act and local child stealing laws most likely will not keep the mother from moving the child out of state, but these laws will prevent the dad from interfering with the child's relocation.

Often times a mother will move with her child to a new state and live there for six months so she can establish residency for the child. When the child has residency in the new state she files for custody against the dad. This makes it very difficult and expensive for the dad to protect his rights and have visitation with his child.

If you have a minor child with someone to whom you were not married and do not have a child custody order in place, call a child custody attorney and learn more about your rights.

This information is not a substitute for legal advice. Consult with an experienced attorney for information specific to your case.

Aaron D. Compton, 4216 N. Portland Ave., OKC, OK, can be reached by calling (405) 578-4529. He is an attorney licensed in Oklahoma. He graduated from Oklahoma City University School of Law in 2008 and is a member of the Oklahoma Bar Association. His practice focuses in the areas of Bankruptcy, Custody/Divorce and Small Business.
_