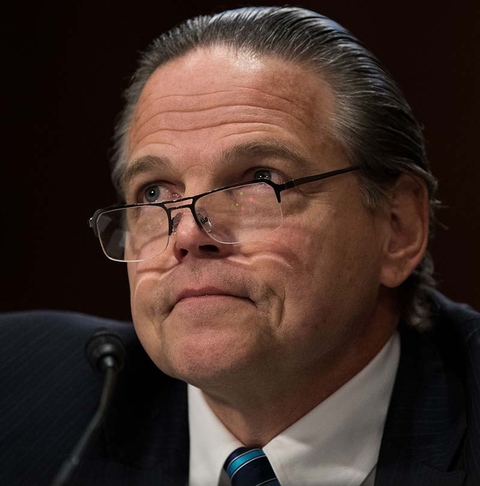 In an extraordinary move, the State Department is pulling the US ambassador to Zambia after the president there objected to his harsh criticism of the government's record on corruption and gay rights.

US Ambassador Daniel Foote, in a scathing statement on December 2, slammed those in the conservative Christian country who compare homosexuality to bestiality and said he was shocked by the "venom and hate" he received for criticizing the sentencing of two men to 15 years in jail for being in a gay relationship. Same-sex activity is illegal in Zambia.

The harsh tone of Foote's remarks was unusual for a public statement coming from a US diplomat. Foote further blasted Zambian government officials for "stealing millions of dollars in public funds," which the Zambian government has denied.

"The current government of Zambia wants foreign diplomats to be compliant, with open pocketbooks and closed mouths," Foote wrote, noting that the US provides "$500 million in annual American, debt-free support to the Zambian people."

A State Department spokesperson said in a statement the department was "dismayed by the Zambian government's statement that Ambassador Foote's position 'is no longer tenable,' which we consider to be the equivalent of a declaration that the Ambassador is Persona Non Grata... The United States firmly opposes abuses against LGBTI persons."

Zambian government-owned state media announced that Zambian President Edgar Lungu had written to the US asking for the withdrawal Foote.

"We have complained officially to the American government, and we are waiting for their response," Lungu said in a speech that aired on December 15.

Lungu accused Foote of being "disrespectful" over the issue of LGBTQ rights in an interview with Sky News earlier this month, while defending Zambia's laws against homosexuality, comparing it to bestiality.

A career foreign service member, Foote was appointed US Ambassador to Zambia in November of 2017.

Foote wrote in his letter that he had not significantly improved relations with the country.

"In my two years, I have strived to improve the U.S.-Zambia partnership, with minimal success," Foote wrote. "Let us stop the façade that our governments enjoy 'warm and cordial' relations. The current government of Zambia wants foreign diplomats to be compliant, with open pocketbooks and closed mouths."

LGBTQ freedoms are among the rights the administration and State Department have publicly committed to defending, but the Trump administration has faced criticism for some of its actions on these issues.

The administration was criticized by LGBTQ groups for banning transgender Americans from serving openly in the military.

Secretary of State Mike Pompeo has sent messages supporting LGBTQ individuals as the top US diplomat, with statements celebrating LGBTQ pride month. But he has also restricted embassies from hoisting gay pride flags. Pompeo also supports organizations like the Family Research Council, which is opposed to gay marriage.

Just last week, US officials led an effort at the UN to call out 69 countries that criminalize same-sex relationships, and urged protections for the LGBTQ community. That effort was led by US Ambassador to the UN, Kelly Craft, and US Ambassador to Germany, Ric Grenell. The White House tweeted a video highlighting the remarks Grenell and Craft made during that meeting.

"I want them to understand that you cannot put someone in jail or kill someone for simply being gay," Grenell, who is gay, said. "This is the first standalone meeting on the de-criminalization of homosexuality sponsored by the United States. So what we are trying to do is unite around something that is absolutely a uniting issue, which is the decriminalization of homosexuality."