Vick’s Picks: Drama and horror for your viewing pleasure 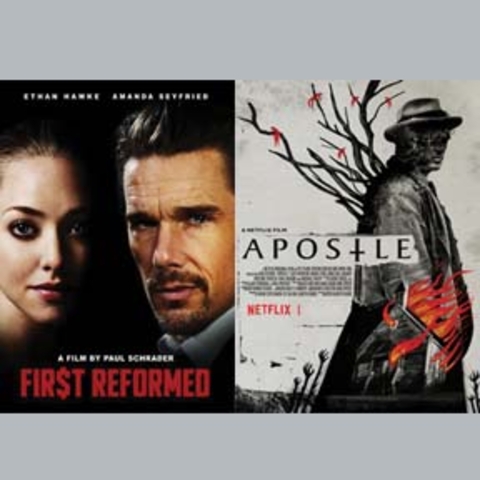 First Reformed: This may very well be actor Ethan Hawke's career peak period. When you add in the directing and writing talents of Paul Schrader, the result is a sublime work of art that may not fit neatly into the frame of expectations of many viewers.

The meditative and moral challenges this stirs are well worth it. Hawke plays Rev. Ernst Toller who is the head of a dwindling 250-year-old church. The church is made even less significant by a sprawling megachurch with a pragmatic pastor (Cedric the Entertainer is perfect).

An anguishing existential crisis within Hawke accelerates his brooding when he tries to counsel a member's young environmentalist husband (Phillip Ettinger) who wants his wife (Amanda Seyfried) to have an abortion rather than bring another human onto a progressively polluted planet. The discussion brings the despair of Hawke ever forward as he wrestles with the hypocritical dimensions of the environmental stewardship tenants of Christianity, the bullying of big business, and what constitutes relevant action with conscience.

Without giving away too much, it becomes obvious that any light illuminating this disturbing darkness is a slow-burning fuse inside Hawke that will end in violence, but Schrader takes some abrupt turns to show other options causing us to use this character study to examine why we thought it had to end in blood and death.

Apostle: You have to enjoy horror to fully appreciate this occult Netflix creation from director and writer Gareth Evans. You will recognize the influences of The Wicker Man, The Texas Chain Saw Massacre, The Evil Dead, and more. That is part of the fun to offset the continuous tenseness.

There are gruesome threads of Jonestown's Jim Jones and Waco's David Koresh and a rich tapestry of threads in this spooky fable. The quirky and ever ominous Dan Stevens (from Downton Abbey) stars as a failed and disillusioned Christian missionary to China in 1905 who returns to his London home only to learn his beloved sister has been kidnapped and held for ransom by a cult forming a utopia on an island.

The cult began from three shipwrecked men discovering a goddess who causes the crops and land to flourish just if the blood sacrifices keep coming. But there is corruptive disagreement among the founders and Stevens infiltrates the cult island village even as the founders know a spy with the ransom money is among them and they ruthlessly root around for him.

As the mysteries of the cult and island are unmasked there is much graphic gore involved, but it never feels gratuitous. The motives and forces in play that bring Stevens to the island and the goddess results in an epiphany at the end that is hard to forget. His newer and more pagan "calling" may be quite different than his first one.