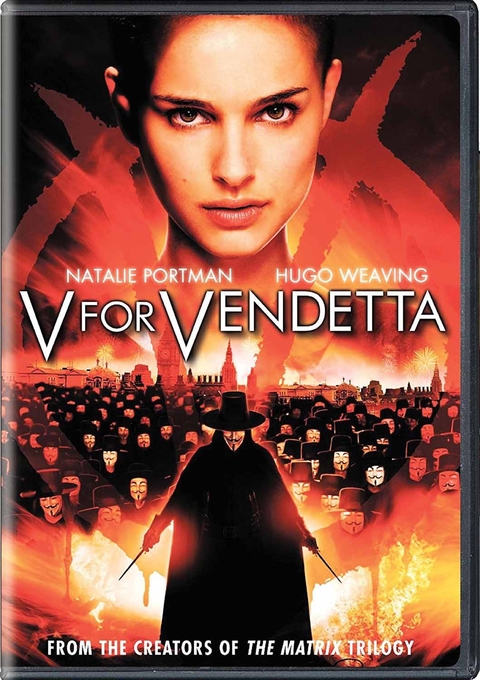 "V for Vendetta" is one of Vick's December choices, dealing with Fascism.

It appears that perhaps as a nation we are not so much flirting with fascism anymore as we are now (pardon the euphemism) sleeping with it. So, in the spirit of the age perhaps there is an evening you and some friends might wish to view a few films on that subject just to get a little more familiar with it so you can know it as you observe it. A suggested list follows. So as not to be too downbeat, the final review is a bit more uplifting.

The list is extensive but one area of where the alt-right can lead is demonstrated most vividly in American History X starring Edward Norton. This is arguably his greatest role as the former neo-Nazi skinhead trying to stop his younger brother from following on his path. If you wish to jump to a near future vision with chanting citizens there is always Rollerball and I highly advise the original version starring James Caan.

As we become a bit jaded from hearing the terms “law and order” thrown around so often, a viewing of Spielberg's Minority Report might give a needed jolt about what role a government might assume in protecting citizens. Though a bit dated we can still apply some warnings put forth in Costa-Gavras films like Z and State of Siege and even Charlie Chaplin's early talkie The Great Dictator.

As a child, I remember being deeply moved by Charles Laughton's performance in Jean Renoir's wartime anti-fascist propaganda film This Land Is Mine. A film entitled The Wave eerily depicts what can result when a confident person with oratory skills leads others into terrifying possibilities. For a darkly fascist and artistic backdrop try out Pan's Labyrinth. There’s always V for Vendetta which depicts a neo-fascist dystopia that goes after political opponents, immigrants, Muslims, Jews, atheists, homosexuals, and other groupings.

A Little Chaos: The glass ceiling for women has not quite been shattered yet but this contribution to film, directed by the late Alan Rickman, is an interesting tale of a woman. Its landscape design talents make her wake up in the time of King Louis XIV of France to be able to create a magnificent garden in Versailles. 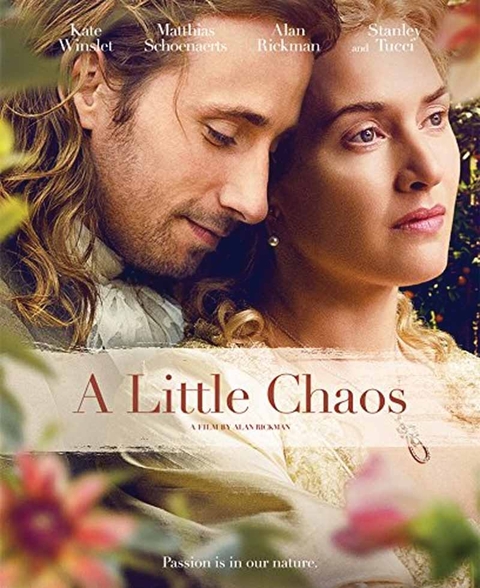 Kate Winslet capably handles the role of Madame de Barra who is hired, against all expectations, by the King's landscape artist played by Matthias Schoenaerts. Rickman takes on the role of the imperious Sun King with all the nuances one would expect to make him at points aloof and at others quite human. Stanley Tucci makes the most of a small role as the king's ostentatious but caring bisexual brother.

While this could be viewed as just a beautifully shot costume drama it oddly manages to be more about the extensive pains and birthing labors involved in bringing about a true work of art. Chaos implies disorder and randomness which can produce unpredictable results but also an underlying order from which patterns emerge eventually. In that spirit, Rickman used a subtle script and collaborative actors to leave behind an impressive swan song.