Wake up and walk 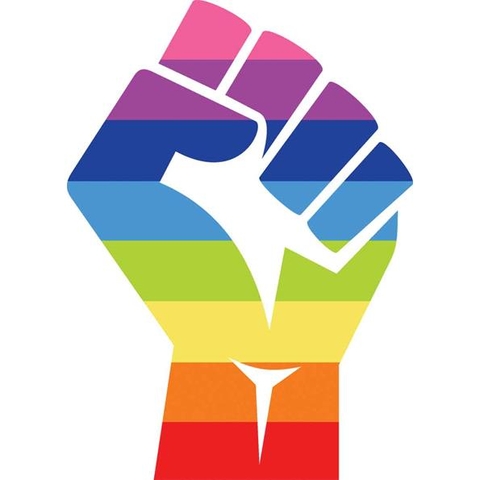 If you don't normally attend Pride I think it’s time you do.

Pride season is upon us once again and, at the risk of being overly dramatic, this could be the most important year ever for Pride events throughout the country.

For the first time in eight years we have a President from a party that does not support the cause of LGBTQ equality. Instead, we have a President who surrounds himself with people who have terrible records when it comes to LGBTQ issues, which have been detailed in prior articles in this newspaper.

The House of Representatives passed a bill saying states may opt out of rules that prevent insurance companies from charging a higher premium for those with preexisting conditions. Living with HIV/AIDS, being the victim of rape, having a C-section and even some types of cancer are preexisting conditions. Our protections are under fire and our issues are being brought up but our positions are being let down.

Let us adopt the origins of our Pride events, a protest against mistreatment and use the resistance that has formed since the inauguration of President Trump to put on some of the largest Pride events that have ever occurred. All the ingredients are ripe for the most attended Pride events, not only in blue states, but also in red ones. Civic minded organizations will put their minds to tapping the energy of the protesters from the marches that have already occurred this year.

Every year I hear some form of the argument from some member of the LGBTQ community that they don't attend Pride because of it being too garish. The irony is not lost on me that these are the very people who enjoy unprecedented levels of civil rights due to those events and the exposure they gain our community.

If you don't normally attend Pride I think it’s time you do. If you don't agree with my political assessment of the situation I can respect that and don't have enough column space left to win you over. But, if you do agree with my assessment and you normally have a great Pride weekend at home or with friends or family, I say to you, why not go stand up and be counted as a member of a community where acceptance of differences is so second nature to us it is our symbol?

Why not show your support for those activists who have fought for your right to marry your significant other, for those who sought to decriminalize our forms of lovemaking, for those who continue to fight the good fight?

I know old habits die hard and many of you who don't attend Pride do so to avoid the large crowds. I don't enjoy large crowds myself, but I tell you it’s worth the social anxiety for me and this year I hope it can be worth it for you too and yet you'll never know if you don't go.

Find a Pride event near you and hopefully a parade. Move beyond your comfort level and attend. Better yet, instead of testing the waters with attendance, dive in head first and find a group that is walking in a Pride parade and ask to walk with them. Walking a parade route will give you the best view of the community and its overflowing support and may turn you into a regular Pride attendee.