"We did everything right." Small businesses left in limbo waiting for government loans 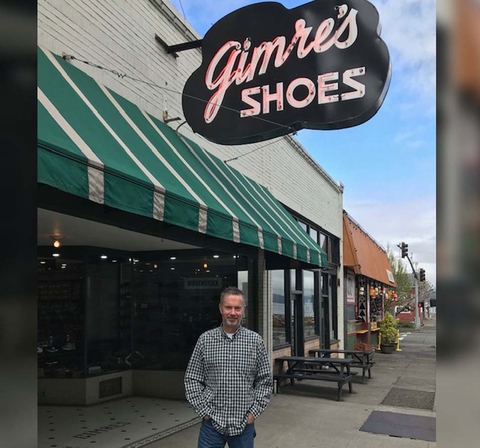 Shoe store owner Peter Gimre says without a true economic revival, it will be hard for many to stay in business. Photo provided.

The federal money for Main Street was supposed to come fast.

But most small business owners still haven't received any aid from the federal government, let alone approvals for it yet -- even though many applied at the earliest opportunity.

Nearly $350 billion in forgivable loans, known as the Paycheck Protection Program (PPP), were supposed to help small businesses with 500 or fewer employees continue to pay workers and overhead costs for two months. They also were available to the self-employed and sole proprietors. Another form of emergency aid, economic injury disaster grants, worth up to $10,000, were supposed to pay out in three days to cover payroll, sick leave and some debt obligations.

The execution of both programs was hobbled by confusion, crushing demand, technical problems and frequent changes in guidance on the rules for aid and eligibility.

Then the funding ran dry in less than two weeks. On Tuesday lawmakers struck a deal to add another $310 billion to the PPP and $10 billion to the grants program. But small business owners who already applied have no indication whether or when they'll receive money from that second tranche because they don't know where in the line of backlogged applications they stand.

Café owner tapped all his savings to pay employees

Sammy McDowell, owner of Sammy's Avenue Eatery in the underserved community of North Minneapolis, needs money now to ensure he can make payroll next week. He said he's already tapped out his personal savings to cover the past two pay periods for his nine employees. And the only way he was able to do that was because his landlord said he could defer rent for now.

McDowell applied for a PPP loan at US Bank, but the bank hadn't submitted his application to the Small Business Administration before the program's funds dried up. He said the bank told him when more money is added to the loan program, the bank will send it off.

In the meantime, McDowell is wondering whether to ask his staff to report to work next Monday. "I'm praying about that right now," he said. The last thing he wants is to have them work and then not get paid. As it is, he's cut operating hours to just four hours a day and lets staff make deliveries so they can get tips.

He describes his coffee shop as a community café for a low-income neighborhood. And now that businesses all around have shuttered, he said, "we're there to be a beacon of hope -- to show someone's open."

But without cash soon, staying open will be next to impossible.

Peter Gimre owns Gimre's Shoes in Astoria, Oregon, a family-owned store founded by his grandfather in 1892.

Gimre said applying for the forgivable loan was "one of the most frustrating things I've ever done in my life."

Yet, he realizes he's one of the lucky ones. He just heard Monday morning from his bank that his application had been approved by the SBA. Beyond that he knows nothing, such as if or when he'll receive money -- not only because it's not clear how long it will take for banks to disburse funds when a second tranche comes, but because he doesn't know where he is in line relative to others who were approved but didn't get money yet. The next set of funds is expected to fly out the door even faster than the first.

Gimre said he has already laid off his four employees so they can collect unemployment benefits, but will hire them back if the loan money comes through. In the meantime, he's manning the store solo and is open for only three hours a day.

Gimre said he's been losing sleep. The loan can cover eight weeks of payroll, and he figures that, absent a real economic revival, he can only carry the business for another two to three months. "Much beyond that I don't know how I or anyone else can hope to stay in business," he said.

"What was wrong with the first [loan] application?"

Nicola Williams has run a small marketing agency with a focus on sustainable food and culture in Cambridge, Massachusetts, for 25 years. Most of her revenue comes from marketing and organizing large food festivals and other high-profile events.

While her firm just has three employees, Williams said she regularly employs 30 contractors and vendors. "I support local businesses and they rely on these events to make money."

And like a lot of small business owners CNN has interviewed, Williams also had applied for the economic injury grant weeks ago. The only thing she has gotten was confirmation that her application was received.

Restaurant operator "did everything right" and yet...

When Evan Brownstein first spoke to CNN Business two weeks ago, he described how he rushed to file loan applications for the restaurants that he operates in Los Angeles on April 3, the day the program launched. But his bank, Chase, wasn't able to formally accept them until April 7.

He has since learned that Chase didn't start the underwriting process on the loans until April 15, a day before the funds ran dry. "We applied the minute the portal went live. We did everything right. How come we weren't at the top of the queue?" Brownstein said.

He did get some good news. On Monday, he learned the smallest of his three loan requests had been approved. But he only knew because he checked the restaurant's bank account. "No notice, no email, nothing. $$ hit my account this AM," Brownstein wrote in an email.

As for his other loan requests, the bank sent him an email Sunday night informing him that one of them was in "Stage 3: Awaiting SBA approval." He doesn't know where the other stands.

Relieved as Brownstein is to have money on one of his loans, he still worries about paying the $75,000 he owes in monthly rent on all the properties. And he expects the businesses will still need help when the economy reopens because restaurants likely may only be able to operate at half capacity to maintain social distancing rules. To operate at a profit, Brownstein's businesses need to be at capacity.

Gig workers started at the back of the line

The federal economic aid package explicitly lets self-employed, independent contractors and sole proprietors apply for the pandemic loans and grants. But nothing else in the law or in practice makes that easy, said Josh Silverman, CEO of Etsy, a selling platform for micro-businesses.

"For independent workers, it's been worse than nothing," Silverman said.

Among other things, he noted, they weren't allowed to start applying until a week after everyone else. Many solo workers operate their business from their personal checking account, but many lenders wouldn't accept an application from those who didn't have a business account with them. And the eligibility for the loans requires documentation showing payroll expenses, which self-employed business owners typically don't have.

Realtor Natasha Crosby in Richmond, Virginia, tried to apply for a forgivable loan on the first day self-employed individuals could do so. But her bank wasn't ready to accept applications until April 16, the day the funds ran dry.

While the bank said she could still submit an application, she's given up. "I don't have employees and the language has changed so much, I don't see this being for me anymore," Crosby said. She did say she would try to file for unemployment benefits, which are now available to gig economy workers for the first time.

Silverman has been urging lawmakers to earmark some of the second tranche of money for independent workers and to change the guidelines for their application process.