We elected a president, not a king 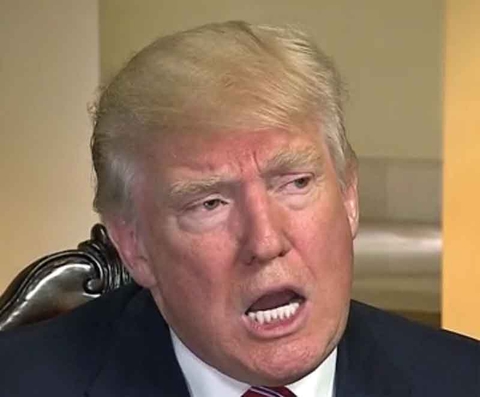 Most of us have memorized a few parts of the Declaration of Independence. Notably, the part most of us remember says:

“We hold these truths to be self-evident, that all men are created equal, that they are endowed by their Creator with certain unalienable Rights, that among these are Life, Liberty and the pursuit of Happiness. — That to secure these rights, Governments are instituted among Men, deriving their just powers from the consent of the governed….”

But most of us either have not read or do not remember the long list of grievances against King George III of England. In light of the allegations by President Trump and his lawyers he cannot obstruct justice because he is the chief law enforcement officer of the country; alarmingly, he also asserts he can pardon himself.

After 17 months in office, it should be obvious to anyone that Trump believes his powers are unlimited, just as did King George.

A quick look at some of the grievances against the king is interesting, in light of Trump’s current behavior. Here are a few:

He has refused to pass other Laws for the accommodation of large districts of people, unless those people would relinquish the right of Representation in the Legislature, a right inestimable to them and formidable to tyrants only.

This behavior sounds to me like the voter suppression efforts of the administration and the GOP controlled legislatures in many states. It is also clear most of what he does is meant to suck up to his dwindling base.

He has endeavoured to prevent the population of these States; for that purpose, obstructing the Laws for Naturalization of Foreigners; refusing to pass others to encourage their migrations hither….

What would you call his anti-immigrant position? Trump’s and the GOP Congress’ refusal to pass any immigration reform certainly sounds like what the king was doing. To add insult to injury, the Justice Department under Attorney General Jeff Sessions is separating immigrant children from their parents at the border. It is clear the intent is to discourage immigration.

He has obstructed the Administration of Justice.

What comes to most people’s minds is the Russian investigation, which Trump has attempted to end or damage virtually every day. But there is much, much more. His DOJ intervened in the case of the baker who refused to make a wedding cake for a gay couple, on the side of the baker and against the rights of LGBT+ people.

It also intervened in one of the cases wending its way through the courts where the appeals court ruled the Civil Rights Act protects against discrimination based on sexual orientation or gender identity.

He has made Judges dependent on his will alone.

He has certainly tried. Before he was elected he dissed US District Judge Gonzalo Curiel, saying he couldn’t be fair to Trump because of his Mexican heritage. Karma being what it is Judge Curiel presided over a case to determine if Trump could ignore the environment when directing the building of a border wall. But he has made it clear he wishes he had the power to fire judges and he is nominating the most conservative judges he can find to lifetime positions on federal courts.

For cutting off our trade with all parts of the world.

What else would you call Trump’s bleating about “unfair trade agreements” and instituting huge tariffs on imports; tariffs which will be paid for by US consumers.

King George lost his colonies for these reasons and others. Trump is not a king but he deserves to lose his position for his outrageous contempt for the constitution, people of color, equality for all and the rule of law.