What “back to school” really means to me 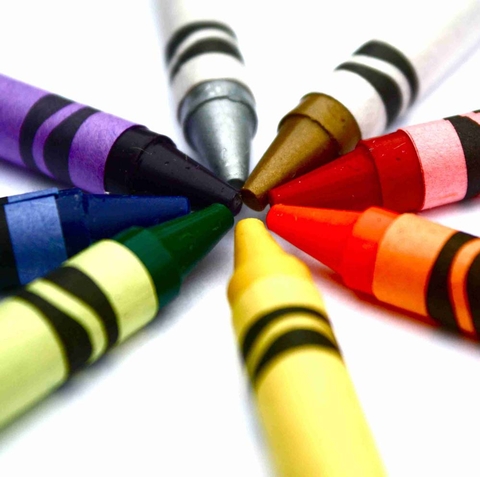 It’s August, which means it’s time for Walmart to move the crayons, notebook paper, pens and backpacks to the front of the store.

In college towns it means more 19-year-olds in open-top Jeeps start appearing, and traffic gets so much worse, and cops start filling the city’s treasury by waiting next to school zones to catch folks going three miles over the limit.

As a kid, I never cared for the late summer part of back to school, because, well, I was a kid. What kid wants to go back to school when you could be swimming, riding bikes and staying up late?

But going back to school meant to me it was actually the start of a new year with new possibilities. New Year’s always felt like it was just the mid-point of the year, and the calendar changed, but the new year was always about going back to school. It signified getting older (my birthday is in June), learning new things, and getting new experiences. I guess that’s why I still get this feeling even as an adult.

I first moved to Oklahoma City around this time of year and started the job allowing me to transition safely. Right now, I’m moving into a new apartment for the first time in almost a decade. And lately, I’ve felt like I need to make a significant change in my life.

I’ve been living in the correct gender for over a decade now, but I’ve kept the same style of clothes really since I started. I mostly have the same haircut and even hair color.

While a lot of the early part of my transition was about exploring who I was, I recognize now I’ve really become kind of stagnant and unchanging. Maybe that’s why this new job I have and moving into this new apartment has struck up a feeling that I need to shake up.

Maybe there’s some mid-life crisis going on, but I don’t want a boob job, a sports car, or to date someone half my age, so I’m just going to attribute it to recent life changes.

Still, I feel like it’s time to change some stuff up. It’s August. It’s sort of my back to school feeling coming back. I think it’s time to try something new. Like a change of lifestyle, maybe go on an adventure or experiment with some new fashion. To really explore who I am in this life and new areas of my life as a transwoman.

On second thought, all that sounds expensive. I think I’ll just get a nose piercing or something and call it good.