What are you thankful for this year? 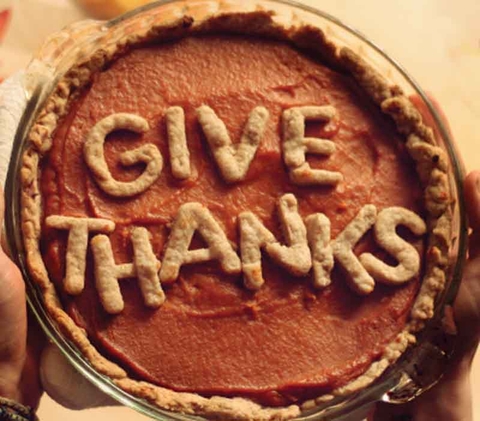 What does being thankful really mean in our world today? As I pondered writing this column, I asked myself “what will I be thankful for on Thanksgiving Day this year?” Of course, I had the standard thoughts of family, friends, health etc. Those replies are what I tell my college students are “boring Sunday school answers.”

I am dedicating this column to my former colleague, East Central University Professor Samantha Dillehay, who passed away recently after a short battle with cancer. She left behind her life partner Natalie May. Together, they were a bright light of LBGTQ love and acceptance. I am thankful for Dillehay’s powerful impact on so many students. She helped many students find their voice.

I challenge my readers to think about the people who have made a difference in our community. This is my thankfulness list for 2017.

My all-time hero is Harvey Milk. I am thankful for the work he did as one of the first openly gay politicians in the United States. The impact Milk made continues to be evident today as the rainbow flag stemmed from his creative campaign team. My favorite quote from Milk is “Hope will never be silent.”

I am thankful for the strong Oklahoma women who stepped forward with a lawsuit to help make same-sex marriage legal in the United States. The Tulsa- area lesbian couples, Sharon and Mary Bishop-Baldwin, and Sue Barton and Gay Phillips, sued the state and federal government for the right to marry and for recognition of the marriage of same-gender couples. They were the plaintiffs in a lawsuit that ultimately defeated Oklahoma’s constitutional ban on same-sex marriage.

I’m thankful for the strides that Freedom Oklahoma is making in Oklahoma. Another key organization that I am thankful for is PROMO, Missouri’s statewide organization advocating for lesbian, gay, bisexual and transgender equality through legislative action, electoral politics, grassroots organizing and community education.

The next group that I am thankful is the PRIDE student organization at East Central University in Ada, Okla. I was honored to co-facilitate with Dr. Christina Pappas for the past few years. This student organization hosted the statewide college summit a few years ago. They have grown to be the voice of LGBTQ people in Ada.

Who could forget Michael Sam, Jr.? He played football for my home state at University of Missouri and is known as one of college football’s first openly self-acknowledged gay players. In 2014, no active NFL player had ever come out publicly and Sam opened the door for other athletes to be open via mass media. Since 2014, we have seen numerous other athletes publicly acknowledge being LGBT+.

Finally, I must be thankful for my soul mate/life partner Bill Grider. He does not like the spotlight but he is my rock and reminds me why I need to write this column each month, and reminds me of the deadline. We have been together for nearly three years.

I am looking forward to spending a wonderful Thanksgiving with Bill and our large combined family. We will watch parades and football, eat yummy food, share lots of laughs, a few tears and wrap the day up planning for Black Friday shopping.

Please take a moment to remember the people who have helped the LGBT+ community move forward during this month of thankfulness. Don’t forget the past as we move into the future. Many people have done awesome things for the LGBT+ community and we owe them a debt of gratitude.