What does Independence Day mean for LGBT+ people? Resist! 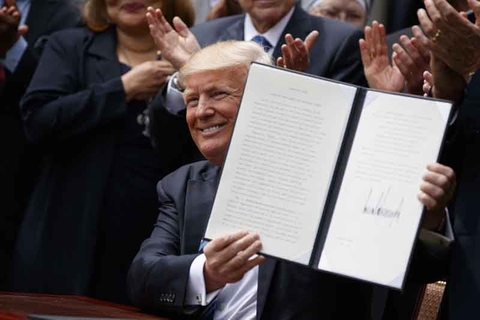 “We hold these truths to be self-evident, that all men are created equal....” Those words from the Declaration of Independence ring through the centuries.

In President Barack Obama’s eight years in office, it appeared that we were making good progress toward gaining that equality on several fronts. Here are just a few of those victories:

- The military services decided to allow transgender service members currently on active duty to serve openly, and allowed their joining the military effective July 1 this year.

- Discrimination against LGBT government employees, and employees of governmental contractors, was prohibited by executive order.

- Same-sex couples won the right to marry across the whole country.

- Schools received guidance from the departments of Justice and Education that transgender students should be able to use bathrooms and locker rooms that conform to their gender identity.

But now we have President Donald Trump and a whole host of anti-LGBT+ high ranking officials in governmental office.

So what does Independence Day mean for our community this year? It means we need to resist!

Trump has already overturned some, but not all, of the protections and rights that Obama extended to us. We fear that he will continue to whittle away at what’s left.

Already this year, several state legislatures considered bills that would curtail the rights of trans people to use a bathroom conforming to their gender identity. Most of those failed, but the efforts will likely continue, as they are doing this month in Texas.

Anti-LGBT+ legislation that would allow people and businesses to discriminate against LGBT+ people was also considered, but rarely succeeded.

We need to continue to resist these efforts in legislatures, and in courts. Most of our successes, particularly in red states, have come in court decisions. The Supreme Court over the past two decades has been particularly sensitive to supporting LGBT+ rights, most notably in overturning sodomy laws and affirming the right to marry. There remains a five vote majority in support of our rights.

But we cannot ignore our successes in legislatures. Even in states with lopsided GOP majorities in both houses, LGBT+ advocates beat down anti-LGBT+ legislation. We discovered that there are significant numbers of GOP legislators who don’t believe that government should be in the business of discrimination, and work to head off hateful bills.

So, Independence Day this year means the LGBT+ community needs to continue to resist, to work with legislators of both parties and to go to court when all else fails.