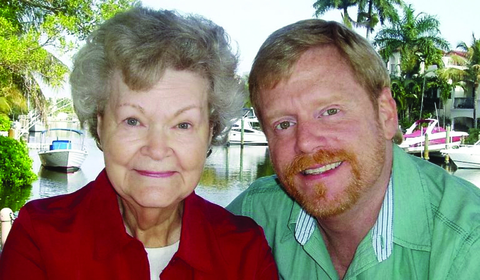 I was standing at the ticket counter of the movie theater and couldn’t believe my ears. They were telling me that Theater of Blood, with the great Vincent Price, was rated “R” and they were not letting me in without a parent. I was a horror-movie obsessed boy of 12, and was inconsolable. “I won’t look at any sexy stuff,” I remember pleading, “I just came for the gore!”

With visions of decapitations fading like an old bloodstain, I made the long walk back home and exposed my broken heart to Mother, who made one of the grandest gestures of my childhood: she took me back for the late show. On a school night.

It wouldn’t be the last time she had my back. Over the years she has proved herself a trustworthy ally, and this was never more true than in the 1980’s, when gay men often lost their mothers — hell, their entire families— when an AIDS diagnosis was revealed.

Mom never abandoned me or my gay older brother, Dick (is there no gayer name than Dick King? Did my parents consult the Falcon Video Book of Baby Names?).

I tested positive in 1985, and Mom immediately went to work educating herself on HIV.

My brother was spared HIV infection but suffered its cruelty nevertheless: his lover of 13 years, Emil, died of AIDS in the early, scorched-earth years of the epidemic.

I sat Mom down to find out things I’ve never asked before. What did she really feel when she found out I was positive? Did she believe I would die? Do mothers have a right to know? What advice would she offer other families?

“Being a mom, your primary duty has always been to ‘help fix it,’ you know, ‘what can I do?’ I just always thought it would be dreadful if a son was HIV positive and didn’t have any support from a family and you can’t get support unless you lay it on the line for them.”

Mom went on to say, “If you haven’t had a good relationship, this probably won’t make it any better, but it can’t hurt. And you may find that there is understanding there that hasn’t been tested. I think that children should be reassured that if they are HIV positive, that they’re not going to be ‘well, you did it, you’re out of the family.’ They need love and support more than ever.”

For a while mom thought I’d die before she would.

“I see you taking charge of this and for me, that’s reassuring. Being educated about something gives you a certain control over it, because if you’re knowledgeable these terms that come up and are bounced around (like T-cells and viral load), find out what you can do to help.”

But mom is no expert. She isn’t an AIDS researcher and she doesn’t march on Washington. She just loves her kids and tries to understand what is happening in their lives and how she can help. If your mother is like mine, we have a lot to celebrate (or remember) this holiday season. 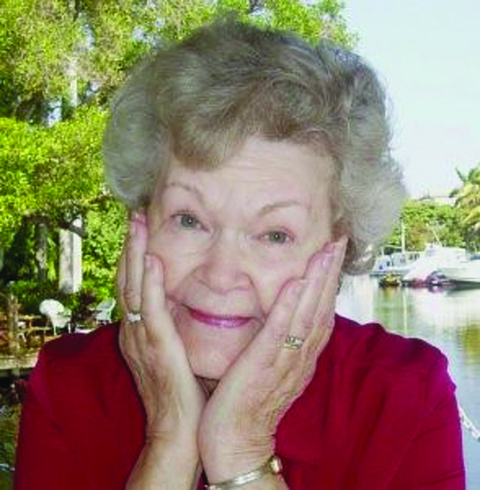 Read all of Mark’s blog’s at www.marksking.com.