What started as a riot is now our celebration. 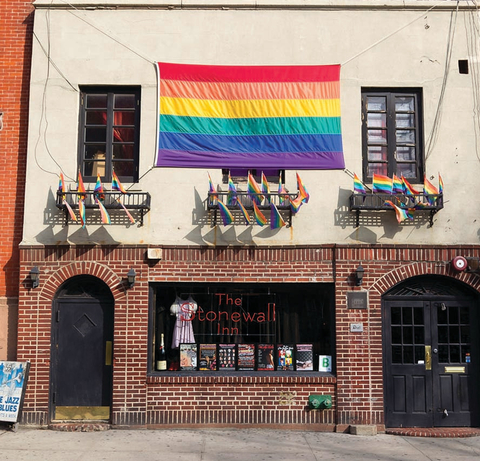 The Stonewall Inn in NYC where the riots began now celebrates our progress through Pride. Biography.com photo.

It seemed inevitable that the Stonewall Riots would kick off in 1969. For years a youth counter culture movement had spread across the country. African Americans had been fighting for their civil rights for decades, and resistance to that change had spiraled into riots.

Just the summer before, protesters at the Democratic National Convention were savagely attacked by the police in what was later described as a “police riot.”  People had had enough.

So, on that hot, sweaty night in the summer of sixty-nine, the patrons of Stonewall finally resisted the years of harassment and violence from society and struck back. But what would come next?

That fall, the Eastern Regional Conference of Homophile Organizations met in Philadelphia and decided to hold a Pride parade in New York City that next June. Not only memorialize the event but to expand on the movement and encouraged other cities to do the same.

A few LGBTQ activist groups were resistant to the idea, and raising funds proved difficult at first, but with the change in leadership in one of the largest groups, resistance in the community faded.

The organizers decided that a parade on Sunday would draw far more people. Brenda Howard, a bisexual woman, wanted to create a whole week’s worth of events that would lead up to the parade, while her and two guys came up with the idea of calling it Pride.

When the parade finally kicked off, it took them only 30 minutes to walk 51 blocks out of both fear and excitement which is made even more amazing since it was reported the parade itself was fifteen blocks long.

Meanwhile, the day before, what could be called the first Pride parade in Chicago was held on Saturday because organizers wanted to be seen by all the weekend shoppers as they walked by.

Over the past fifty years, Pride has gone from a singular march to a worldwide phenomenon that takes up the entire month of June. What was being called Gay Freedom Day parades are now called Pride day parades.

A movement that began as a riot is now one of the largest worldwide celebrations with millions attending each year, adopting their own symbols, traditions, and events unique to each location.

And it all started fifty years ago as a simple parade to commemorate a protest that had been a long time coming.