What we've learned from the HIV pandemic 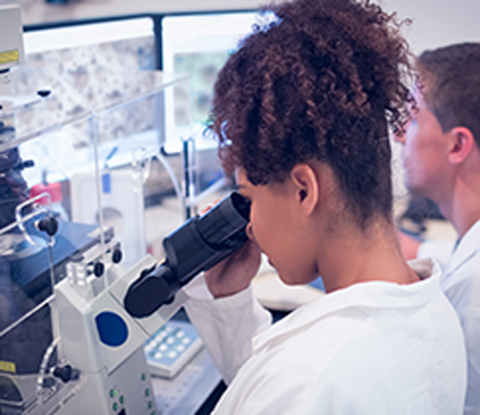 As people who have worked to respond to the HIV pandemic for most of our adult lives — one of us as an HIV activist and the other as an epidemiologist — we understand the consequences of early mistakes in the response to disease outbreaks and how politicians can often stand in the way of protecting the public's health.

We offer a few insights from our vantage point in the hopes of influencing the response to the current coronavirus pandemic, as well as future public health emergencies. The time is now, just as it was in the early phase of the AIDS epidemic, for ordinary citizens to organize, act up and demand that their government work to save their lives.

In a vacuum of information, most politicians will act to preserve the status quo. A prerequisite to an effective early response to any outbreak is having "epidemic intelligence" — adequate data on spread that can serve as an accurate, early guide for the public health response and rapidly inform any necessary course corrections.

It is not possible to "fight a fire blindfolded," according to World Health Organization Director-General Tedros Adhanom Ghebreyesus, who emphasized the need for widespread testing to fight the pandemic. After weeks of limited testing, the number of confirmed cases in the US has surpassed 23,000 people with the actual number almost guaranteed to be much higher. The federal government's botched testing rollout could turn out to be one of the great public health failures of modern times, having blinded the US public health response at a critical juncture.

The lack of testing led to a vacuum of epidemic intelligence, creating a false sense of security among the American public while the Trump administration continued to spread misinformation. By the time the cases of community spread came to light in California, Washington and New York, widespread transmission had already occurred.

Moving from containment strategies to mitigation of community spread. Where it hasn't already, the current public health response in many communities across the country must now rapidly shift from the so-called "containment" phase to a phase that is focused on mitigating the speed and impact of the spread of coronavirus within our communities.

Public health interventions like social distancing are well underway in many cities around the US, with politicians mandating the closure of schools, restaurants, bars and cafes, while prohibiting large gatherings of people. Nonessential workers in California, New York, Connecticut, Illinois and New Jersey have been ordered to stay at home.

These social distancing measures — which are likely to last for weeks — are necessary to mitigate the spread of Covid-19. Such measures are especially important for the elderly, people with compromised immune systems, and those with severe underlying medical conditions, as they can save lives by attenuating the surge in cases requiring hospital beds or ventilators.

Despite the social and economic disruption, we must keep in mind that the worst-case scenario in an unmitigated epidemic would lead to 2.2 million deaths in the US, according to a model from the Imperial College Covid-19 Response Team. To put this in perspective, that estimate is about three times more deaths in one year alone than the 700,000 caused over the entire history of the HIV epidemic in the US, since the first case was reported in 1981. If public health measures are adequately and rapidly implemented with the coronavirus pandemic, it could lead to about 67% fewer patients who need ICU beds, which could potentially save hundreds of thousands of lives.

The earlier the better. During the 1918 influenza pandemic, cities that delayed various forms of social distancing interventions had dramatically higher peak death rates — more than seven times higher in some cases — than cities that took action a few weeks earlier.

If your jurisdiction has not yet begun to implement social distancing strategies to mitigate community spread of coronavirus, you should urge your leaders to do so now, as we had to do in New York. Delaying public health interventions in a situation like this will likely cost hundreds of thousands of deaths across the US that could otherwise be prevented. There is no virtue in being a late adopter of these crucial strategies. Delayed mitigation responses will still cause complicated personal, social and economic disruptions without the benefit of slowing transmissions.

An expert-driven approach is needed for pandemic preparedness and response. The failure of our elected government and political leaders to respond rapidly and effectively in the early days of the HIV epidemic is partly why it has become one of the deadliest pandemics in human history.

A similar mistake was made during this pandemic — and public officials at the federal, state and local levels may have waited too long to take action out of fear of economic and political consequences.

This is, in part, the folly of a top-down approach to responding to pandemics. An approach that relies primarily on the judgment and recommendations of career experts in our federal, state and local agencies would have left our country in a much better position than we are right now. In the future, our political leaders must allow experts to lead.

The band must not play on. Despite the many mistakes, it appears our federal and state government is finally beginning to take the current pandemic and our experts seriously. We also need to take the long view. Given the likelihood of another pandemic in the future, we should remember the missteps and inept leadership we have seen in the fight against COVID-19 and vow not to let this happen again.

The time to start demanding that your politicians and government leaders actively prepare and respond more effectively to future pandemics is now.

Editor's note: James Krellenstein is an HIV activist, a co-founder of the PrEP4All Collaboration, and the organizer of an emergency working group to address the coronavirus pandemic in New York. Dr. Denis Nash is a professor of epidemiology at the CUNY Public Health School, the executive director of the CUNY Institute for Implementation Science in Population Health, and an alumnus of the CDC's Epidemic Intelligence Service. The views expressed in this commentary belong to the authors.  CNN™ & © 2020 Cable News Network, Inc., a WarnerMedia Company. All rights reserved.