Why Emmett Till's case matters to American history and our future 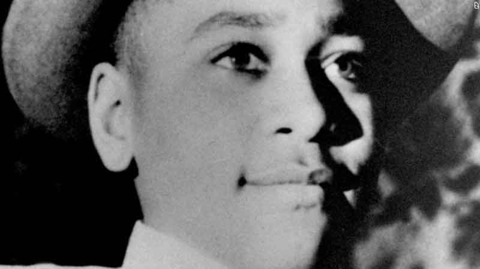 It was a question asked during a chance encounter one of us observed early this year between two visitors standing in front of Emmett Till's casket, which is on exhibition in the Smithsonian's National Museum of African American History and Culture. The moment was all the more poignant because it involved a white man in his 60s querying a young black woman who was overcome with emotion as she looked on at what was, in a sense, a symbol of our nation's tortured history of race relations.

The woman paused briefly before accepting the man's offer. The two locked arms with tears flowing and stood in silence for a time before continuing on their separate ways through the museum.

"Outside we couldn't do that," the man said afterward. "In here we can."

As singularly compelling as that moment was, it was, in many respects, representative of the experience millions of visitors (and we ourselves) have had walking from exhibition to exhibition space in the first museum in the nation's capital dedicated to the long and laudable journey African-Americans have made in this country, through slavery and legal segregation to the fight to achieve the dignity and rights accorded to other Americans.

But for reasons that almost certainly reflect the racial tensions that still haunt our nation, visitors have flocked to the hallowed space dedicated to the history and memory of Emmett Till and his mother Mamie.

Mamie Till Mobley's choice to make people "see what I have seen" was an act that inspired a generational movement that changed history. Our decision to display Emmett's casket as his mother displayed it at Roberts Temple Church of God in Christ on Chicago's South Side in September of 1955 -- open, for all the world to see -- is a choice that daily pays tribute to her courage and, hopefully, acts as a source of inspiration for our many visitors to find a small piece of that courageous act in their own lives toward creating a more just, equal and fair society.

It is a choice we have both reflected on this week as Emmett Till's death has again become national news. Indeed, we welcome the Department of Justice's decision to reopen the case into Emmett's murder.

It was the previous reopening of the case in the early 2000s that led to the exhumation of Emmett's body for an autopsy and crucial DNA evidence, along with subsequent respectful reburial in a new coffin that led us to work with the Till family to rescue, restore and display the original coffin to honor both Emmett's life and Mamie's courage upon his death.

Since then, it has become one of the most visited exhibitions in the museum among the more than 4 million people who have visited since opening. It draws people in because it is a place where people reflect on one of the darker chapters of our nation's racial past while also recognizing, if only tacitly, how far we have come since 1955 -- when Emmett Till was murdered at age 14 in Mississippi after being accused of whistling at a white woman.

In many respects, the response to the exhibit is what we, who both worked to create the museum's foundational collections, had hoped when we envisioned its creation. We wanted to help people not only remember the brutal murder of an innocent black boy but also to remember the tremendous bravery of his mother in response to that violence.

When it comes to the history of racial violence and lynching in America, there is much more truth to be uncovered on our part, as well as on the part of the justice system and Americans themselves.

Working in the field of African-American history, we know that reckoning with demons of the past is work that is always unfinished -- but when it comes to reckoning with racial violence in America, it is also work that can impact those demons where they may also live in the present. We also understand the importance of sound scholarship and the pursuit of truth in the quest to achieve significant change to the challenges of race that still plague our country.

As the Ella Baker song tells us, "We who believe in freedom cannot rest." Her words are prescient reminders to us and to those now working on a murder case that began over 60 years ago.