Why gender equality matters to me 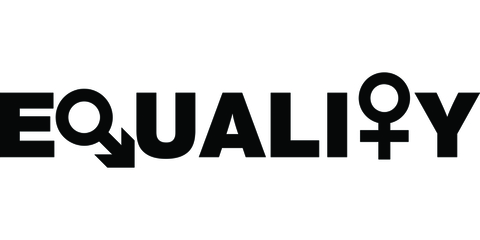 It’s time we perceive gender on a spectrum, and not as two opposing sets of ideas. We have come a long way when striving for gender equality, but there is much more we can do to make this a reality. It’s time we, as a society, allow both men and women to be strong, sensitive and in control of their own lives.

The definition of the term gender equality is the view both men and women should receive equal treatment and not experience discrimination based on their gender.

On the other hand, the definition of the term gender inequality refers to unequal treatment or perceptions of individuals based on their gender.

It arises from differences in socially constructed gender roles; traditional gender roles being society’s assumptions about what a man or woman should be, and encompassing the activities, responsibilities and decision-making power society has assigned to men and women, both in public and private places.

Gender is not a synonym for sex. Gender and sex do not automatically correspond.

We think of sex in the anatomical and physiological characteristics of males and females. However, gender is a spectrum; it isn’t black and white. It is a range of identity, expression and it is one’s internal sense of being a man or woman.

When we attempt to assign strengths and weaknesses to either gender, we cut our potential as humans in half. Gender equality is something our society should strive for because it is not just a woman’s issue, it is a man’s issue as well. It is a human issue; it is something that affects every one of us.

The world tells women they can’t. Masculinity tells men they can’t either. It is important not to overlook gender as an aspect of men’s social identity. I see this as overlooked because male attributes and characteristics are considered the norm, and those of women, a variation of the norm.

Societal norms and conceptions of masculinity create demands of men and shape their behavior.

From a very young age, society teaches males they should be a certain way; they must fit into a box. They are told they must be strong, and independent. If they cry or get emotional, they’re labeled as weak and get called ‘sissies’ by their peers. They must be hardworking, they mustn’t care about their appearance and they certainly should not be anything that could be considered feminine.

Femininity is considered weak; it’s shameful. A man is labeled as gay or a f*g if he shows his ‘feminine’ side. These are socially constructed ideas of how someone should be, and it’s toxic.

17-year-old Jaden Smith is defying the limits of traditional masculinity set by our society; they identify as gender fluid. You may recognize Jaden through their parents, Will Smith and Jada Pinkett Smith.

Gender fluidity is a gender identity which refers to a gender varying over time. Someone identifying as gender fluid may at any time identify as male or female, or a combination of the two.

The gender fluidity movement is one that regards gender as a spectrum rather than a set identity.

Smith recently modeled for Louis Vuitton’s spring 2016 womenswear campaign, sporting a skirt and a flower behind their ear.

This is part one of a two-part series.