Why Halloween is a.k.a. “Gay Christmas” 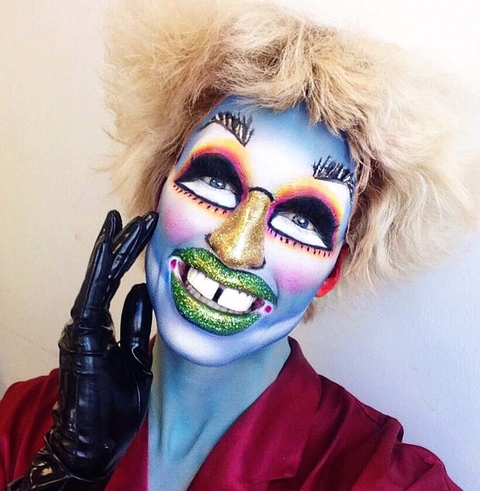 Why does the LGBTQ+ community love Halloween so much that the holiday is considered by many as “the most wonderful time of the year?” It's a phenomenon based on the equalizing nature of the holiday and the ability to be frocked in fantastically fabulous costumes.

At Halloween, everyone gets a chance to be something or someone different.

Being able to bend societal norms to our benefit is a special power of the LGBTQ+ community. It wouldn't surprise me if it were a homosexual who started the trend of wearing costumes and decorating to celebrate Halloween.

If we make our costuming a norm at least once a year, we can ensure there is at least one day where we get to dress as garishly or ghoulishly as we choose while surrounding ourselves with spectacular decorations.

There is a liberating nature to Halloween in that it gives us all a chance to become something we aren't, and sometimes that thing we chose to become is something we've always wanted to be. My favorite Halloween costume is my Jedi costume because it's the one fantasy character I wish I could become.

In the LGBTQ+ community, Halloween gives us a chance to come out of respective shells and try out something beyond our current comfort zones. I know that because I was a young gay who wore a dress to school on Halloween long before the current levels of acceptance had pervaded society. That act to me as an outsider was one of extreme courage, but for that young gay boy wearing a dress to school, it was an act of liberation getting him closer to being out of the closet.

I think it goes without needing much persuasion that our community is seen as the masters of Halloween because we have the style and skill to put on some of the most glorious parties and costumes around. No matter who you are on Halloween, you get to be whoever you want to be, and, in our community, we have a lot of people who are longing to be something different.

For the longest time, those of us who were in the closet just wished we could be ourselves in public and society treated us so badly we suppressed ourselves. Halloween was one of the days where our community got to spread its wings and shine without too much fear of retribution.

And besides, Halloween is like spreading Christmas cheer, even for children. It’s a glorious time where strangers give candy to any kid who shows up and says the magic phrase. That kind of acceptance and kindness from strangers is rare enough the rest of year that Halloween shows us that “goodwill toward all men” isn't just a Christmas sentiment.