Why House Democrats are going after Trump's taxes -- and soon 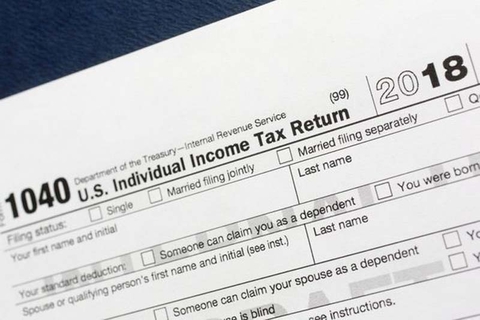 House Democrats have been very careful in the opening days of Congress to pick their fights carefully.

Led by House Speaker Nancy Pelosi (California), the party stood up to President Donald Trump over his demands for a border wall -- and won. But even with that victory in hand, top Democratic strategists are wary not to overstep their mandate from the 2018 election -- concerned that looking as though they are attacking Trump on all fronts at all times will a) lessen the impact of any one fight and b) create a toxic partisan environment that could hurt them and their eventual 2020 nominee.

A new Washington Post/ABC News poll seems to suggest a clear next fight for Democrats to pick: a legislative attempt to force Trump to release at least some of his past tax returns.

And while there is clear partisan polarization in these numbers (80 percent of Democrats want Congress to force the release of the returns but 25 percent of Republicans say the same), a clear majority of unaffiliated voters (63 percent of independents) want House Democrats to do what they can to get Trump's tax history too.

In purely political terms: This is a fight worth having for Democrats.

At the center of that fight is House Ways and Means Chair Richard Neal (Massachusetts). Due to a 1924 provision in the Internal Revenue Service tax code, the chair of the Ways and Means Committee can request that the Treasury Department turn over a president's income tax returns. Once he has them, there's little doubt they would quickly be released to the public.

Neal has come under some criticism already in the 116th Congress from liberal groups that want him to immediately ask the Treasury Department for the records. He has, to date, resisted.

"You're going to have to, I think, resist the emotion of the moment and make sure your case is carefully documented," Neal told reporters last week, noting that a request for Trump's tax returns will undoubtedly trigger a legal fight, assuming Treasury Secretary Steve Mnuchin refuses to turn them over.

Trump's explanations -- and excuses -- for these refusals have varied widely. Here are a few:

Trump has long insisted that he is under an audit by the IRS and it is therefore legally inadvisable to release his returns. (To be clear: A person under audit can release their returns; hell, Richard Nixon did it as president!)

Trump has suggested that there is nothing to be learned in the tax returns and that his are too complicated for people to understand. "They're extremely complex. People wouldn't understand them," Trump said at a news conference the day after the 2018 election.

Trump senior counselor Kellyanne Conway suggested after the 2016 election that Trump's victory suggested people weren't interested in his returns. "We litigated this all through the election," said Conway. "People didn't care," she said. "They voted for him, and let me make this very clear: Most Americans are very focused on what their tax returns will look like while President Trump is in office, not what his look like."

The real truth is simple: Trump made the decision long ago -- probably right around when he announced for president or maybe even before -- that whatever was in his tax returns would hurt him far more politically than refusing to release them would. (What could be in his returns? Read this piece!) And he is going to fight that fight to the bitter end.

But the polling is clear. The public is on the side of House Democrats here. And the best political strategists pick fights not that they know they can win, but that they know will be fought on terrain favorable to them.

Trump's taxes are an issue like that for Pelosi and her party.