Why Trump’s attempt to “erase” us will fail 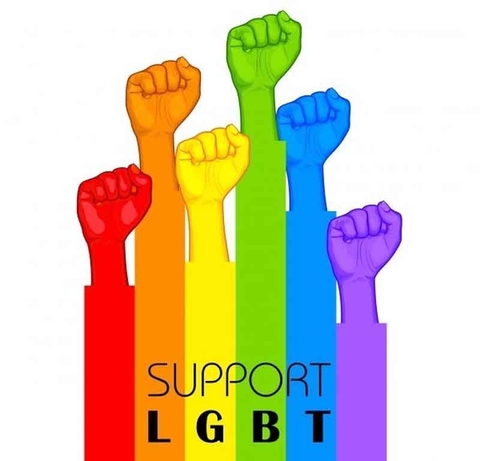 The Trump administration is reportedly in the process of announcing rules that will attempt to define gender strictly and unchangeably based on one's genitals at birth -- effectively trying to redefine gender's legal meaning to erase transgender people who identified as such under expanded gender identity provisions put in place by the Obama administration.

According to The New York Times, the Department of Health and Human Services is leading "an effort to establish a legal definition of sex under Title IX, the federal civil rights law that bans gender discrimination in education programs that receive government financial assistance." Such an approach would, quoting the memo, make the determination "on a biological basis that is clear, grounded in science, objective and administrable."

Nothing could be further from the truth. Try as they might, the Trump administration cannot eliminate lesbians, gay, bisexual, transgender, and queer people with a stroke of the pen. Moreover, this proposal is contrary to science and to the law. Turning Title IX, a law designed to help fight discrimination, into a weapon against them will not stop LGBTQ people from living their authentic lives.

As to "science," it is abundantly clear there has never been a true gender binary -- just male and female -- in nature. In fact, such an approach denies the existence of intersex people, those whose sex characteristics do not correspond with our classic notions of male or female. Up to 1.7% of people are born intersex, a percentage comparable to the number of redheaded people -- not a minimal number. To suggest this rule approach is rooted in science is simply wrong.

The suggestion that such a rule is rooted in science is also belied by another scientific community: medicine. The medical community in the United States accepts that gender identity is not determined by one's genitalia at birth. Gender is a social construct and is not biologically determined. The American Psychiatric Association notes that gender dysphoria "involves a conflict between a person's physical or assigned gender and the gender with which he/she/they identify." The treatment, though, is not to force someone to accept the gender assigned at birth. To the contrary, it is to work through aligning their gender identity and expression in ways that remove the conflict. In other words, the problem is not the person's gender identity; instead it is the stress created by the discordance between that identity and the assigned gender, much of which is caused by societal condemnation.

The courts have been surprisingly progressive pioneers on this issue, having long recognized that gender is actually a social construction, not a biological phenomenon. As early as 1989, in Price Waterhouse v. Hopkins, the Supreme Court concluded that discrimination on the basis of sex includes discrimination based on sex stereotyping, such as a woman who acts in an overly masculine manner. Other courts, such as the federal appellate courts sitting in Boston and Atlanta, have already extended this reasoning to protect transgender people from discrimination.

It is not clear whether the Trump rule could overturn such judicial precedent. It is true that, generally, courts are supposed to defer to interpretations of the law made by administrative agencies. So, in theory, courts might be willing to revisit these earlier interpretations of the law in the face of a contrary administrative rule. Yet, perhaps ironically, the conservative justices on the US Supreme Court seemed poised to reject such deference. So, the Trump administration's move may ultimately be rejected by the courts.

Bizarrely, such a rule would intrude on the province of the states. Protecting states' sovereignty -- a concern known as federalism -- has traditionally been a conservative issue as well. Yet under the proposed rule, the sex on one's original birth certificate would control the issue of gender, even though most states do allow people to change their gender marker. The rule would usurp the power of the states.

The impact of such a rule can cause harm beyond the removal of anti-discrimination protections. In my work, I have explored how the government's expressions of disfavor toward certain groups -- particularly LGBTQ people -- does inflict a general harm, suggesting that such people are lesser and other. This rule is a concrete example of such a harm.

And such marginalization can have concrete consequences. Suicide rates are higher in the LGBTQ community, given the lingering social and legal discrimination the community faces. And such rhetoric may encourage more violence against LGBTQ people.

The Trump administration may indeed harm LGBTQ people with this impending strike of a proverbial pen, but they cannot erase us. We exist, period. We always have and always will. The only question is whether we will receive respect and protection from discrimination. Many large corporations are affording us such protections. And a majority of Americans believe we should not be discriminated against. It's too bad the Trump administration is so behind the times.