Wicked After Dark helps Other Options 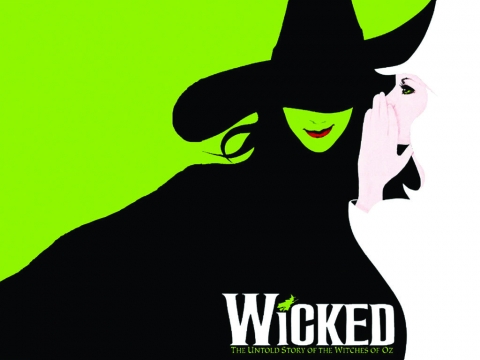 Wicked After Dark will be at The Boom Tuesday, Sept. 17. Graphic provided.

Featuring company members from the national tour of Wicked

Oklahoma City, OK – Other Options, Inc. and members of the national touring company of Wicked will host “Wicked After Dark,” an evening of song and dance, at The Boom on Tuesday, September 17. Produced by Wicked company members, the evening is an opportunity for them to step out of their roles in the musical and kick up their heels performing some of their favorite non-Ozian material.

The event will include live and silent auctions featuring a range of opportunities, from joining cast members for brunch, to taking a ride in Glinda’s bubble.

-Walk-on role in an actual performance of Wicked, backstage tour, costume fitting, plus two house seats for friends and family to come see you in Wicked! Available Friday, September 20th or Saturday the 21st

-Enjoy a delicious Sunday meet and greet brunch with the handsome and talented men of Wicked; Breakfast with the Boys of Wicked package! Available Sunday September 22nd.

The performance will begin at 11pm. The Boom is located at 2218 NW 39th St, Oklahoma City, OK 73112. General admission tickets are available at the door for a $20 donation. Admission donations are tax deductible. You must be 21 or older to enter. Net proceeds will benefit Broadway Cares/Equity Fights AIDS (BC/EFA) and Other Options, Inc., a charity organization based in Oklahoma City.

Wicked After Dark is part of an ongoing series of performances by the touring company to support charitable causes which advance Wicked’s theme of acceptance, and illuminate the musical’s message that people should not be judged on first impressions. In its seven years on the road, the company has raised over $6 million in donations for Broadway Cares/Equity Fights AIDS and local AIDS service organizations all over the country.

About Other Options, Inc. – The purpose of Other Options, Inc. is to provide food, resources, services, and education to at-risk individuals and families with a focus on those affected by HIV and AIDS. Founding Board members of Other Options working in the health care community in the early 1980s recognized the need to educate and inform individuals affected by HIV and AIDS. The number of adults affected by HIV is continuing to grow. An increasing number of these individuals have low incomes and frequently suffer from other problems such as substance abuse and mental illness. The necessity for the public to be educated about HIV/AIDS provided the impetus for our mission statement, goals, and beliefs. Other Options is a nonprofit, 501(c)3 social service organization active in the Human Immunodeficiency Virus (HIV) and Acquired Immune Deficiency Syndrome (AIDS) community since the mid-1980s. Since 1998 Other Options has been in close collaboration with community-based organizations, day centers, substance abuse programs, clinics, and social service agencies by distributing groceries, clothing, and educational literature. Other Options has collaborated with such agencies as CarePoint, Red Rock North Behavioral Health Center, Langston University Outreach Center, RAIN, and the Latino Community Center.

About Broadway Cares/Equity Fights Aids - Broadway Cares/Equity Fights AIDS (BC/EFA) is the nation's leading industry-based, nonprofit AIDS fund raising and grant making organization. BC/EFA is the on-going, committed response from the American theater community to an urgent worldwide health crisis. By drawing upon the talents, resources and generosity of this community, BC/EFA raises funds for AIDS-related causes across the United States. Since its founding in 1988, BC/EFA has raised over $150 million to provide critically needed services for people with AIDS, HIV, and other serious illnesses. www.broadwaycares.org

A&E
wicked after dark oklahoma city
The Boom
Other Options