The will to survive: The Lawanda Jackson legacy 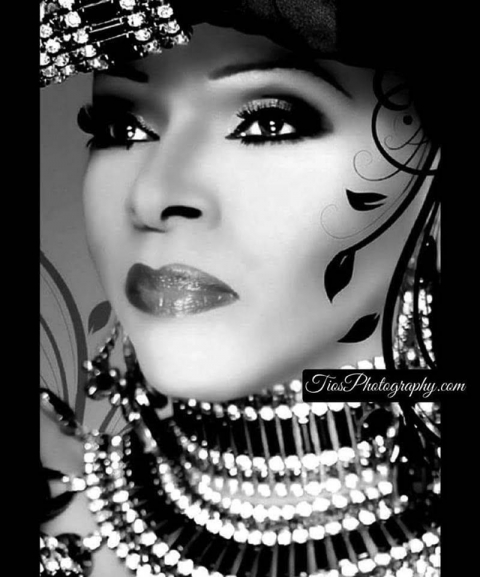 When I first heard of Lawanda Jackson it was through the drag community. They commented on how genuine and kind she was. I saw her perform and was blown away! Surely, this is not the lady who just suffered a debilitating stroke – at the time – a year ago.

The first time I met Lawanda Jackson it was at Gusher’s restaurant at 3 a.m. I knew she was a legend in the drag world and I was delighted to meet her. I saw the sparkle in her eyes, a glow on her skin and I felt that she was sincerely glad to meet me too. I was just a fan, but she made me feel like I had her full attention.

When I got the chance to interview her I found out that her life and career was more spectacular than I ever imagined. She was born in January of 1961 in Portland, OR and currently resides in Amarillo, TX. Her first pageant was the Rosebud pageant for LGBTQ youth in 1978. Since then Miss Jackson has won over 30 titles!

She credits her late gay uncle for getting her interested in drag. She would attend black drag house parties with him. Back then it was illegal to be a male dressed as a woman in public so they held private parties. Lawanda’s father and grandmother were always supportive of his sexuality as a gay male but her mother was not.

She quoted her maternal grandmother as saying, “Do not let people disrespect you, not even your mother, because they will always step on you if you do not stand up for yourself.” Lawanda’s mother started becoming affirming after Lawanda received a performing arts scholarship to the renowned African-American dance school of Alvin Ailey.

Lawanda has gotten booked around the world. The highlights of her career include portraying Tina Turner in the movie Miss Congeniality 2 with Sandra Bullock, being interviewed by various talk shows and making the front page of newspapers. She has a strong work ethic and stated that she is “always on time, never rude, and professional.” She is currently an interview coach for pageants and still performs and judges.

In 2014, with no health issues present, Lawanda had a stroke that paralyzed the left side of her face, arm and leg. She was hospitalized for four months. Her optimism for recovering never wavered even though doctors did not expect her to walk or talk again. When she requested help from her USofA pageant family, they were immediately there to help. She praises her friends David and Kevin, the owners of club 212 in Amarillo, for being a great support system as well.

When I asked Miss Jackson “Did you ever lose hope that you would recover,” she replied “No, all I could do was fight and push forward. I did not want to become a victim…I pushed through by God’s grace.” She also stated that she believes that her positive state of mind was the main reason for her unbelievable recovery.

When I asked her, “What advice would you give to a black LGBTQ person who is afraid to come out of the closet?” She replied, “Before you come out make sure your foundation is strong…because you can get lost and go in a different direction. Cement can be an illusion for quick sand.”

Her main message was to not stay down, and to maintain a positive hopeful attitude. This is advice that we can all use for a lifetime.