The worst kept secret in Washington 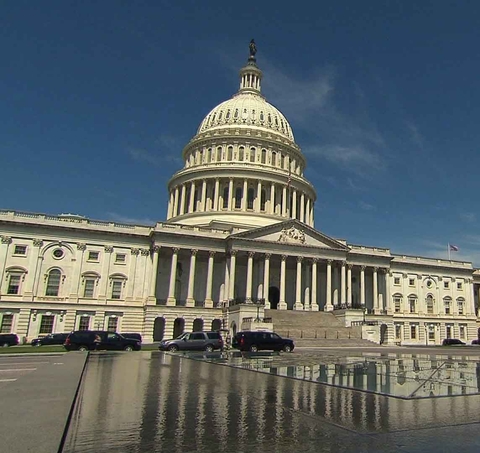 Eight years after congressional leaders banned earmarks in an effort to cut spending and improve trust in government, the incoming House majority leader is suggesting that the new Congress is likely to bring the old practice back.

It's the worst kept secret in Washington that most members of Congress love earmarks -- which enable members to direct federal spending to projects in their home districts. On December 11, incoming Majority Leader Steny Hoyer said that some form of earmarks are coming back, and that he expected bipartisan support in the House and Senate to bring them back. The change is long overdue.

Earmarks are a vital incentive to encourage lawmakers to support legislation. Party and committee leadership can say to lawmakers who are wavering on supporting a bill, "what priority in your district can I help you with in order to get your support for my proposal?" They are a carrot in a Congress that has tried for the last eight years to work with only sticks. They're even more critical to bring back during this moment of intense partisan disagreement.

The last eight years provide plenty of evidence. Earmarks act like money in the economy of Congress. You can trade it, you can bargain with it and you can use it to get people to work together.

It has been a long time since earmarks have been around, and many of the current and new members of Congress have never requested one before. So it's useful to remember what they actually are. A Congressional earmark is a provision in legislation put in at the request of a single lawmaker directing a specific amount of money to a specific entity or state, locality or congressional district. An example would be a lawmaker from Kentucky putting language into a bill that directed a federal agency to spend $1.3 million on fixing the roof of a school in Louisville.

When John Boehner and Mitch McConnell banned earmarks in 2011, they thought it would help reduce spending and improve trust in government. For starters, the idea that an earmark ban would reduce spending to any meaningful degree is wrong. Earmarks have historically accounted for less than $20 billion a year, which would be about 2% of discretionary spending last fiscal year, according to The Concord Coalition, a bipartisan fiscal advocacy group. If you include non-discretionary spending, they account for less than half a percent of total government spending. In the years since the earmark ban, federal deficits have ballooned along with the overall debt.

Trust in government hasn't gone up either. The biggest opponents of earmarks often decried them as wasteful and emblematic of a Washington full of profligate and irresponsible spenders of taxpayer money. But removing earmarks from the system has not increased American trust in Congress. Forty-six percent of Americans said in a recent Gallup poll that they had very little confidence in Congress, up from 44% when the earmark ban first went into effect.

So if banning earmarks didn't reduce spending and didn't increase trust in Congress as an institution, what did the ban produce? Gridlock and total inaction. Congress has not exactly been a fine-tuned machine lately; in both divided governments and unified Republican legislatures, lawmakers have barely been able to pass even the most basic pieces of legislative business -- from the debt ceiling increase to the yearly appropriations bills. Republicans even found it impossible to pass a health care reform bill, despite total control of Congress and the White House, and years of campaigning on that very promise.

With a return of earmarks, President Trump and Democrats in Congress might be able to work out a big infrastructure law that has a reasonable chance of passing and would create jobs and make the commutes of millions of Americans safer and faster.

There are challenges to earmarks. Some lawmakers and conservative media platforms will always hate earmarks, and many national publications will give negative coverage to the earmark process by default. The poster child for earmark opponents is the Gravina Island access project in Alaska, better known as, "the bridge to nowhere." This project became infamous thanks to a $223 million earmark secured by Rep. Don Young for a project to connect a city of 8,000 people in Alaska to the region's international airport, located on Gravina Island (population: 50 people).

Opponents of earmarks used this as an example of the problems with the practice by claiming the bridge was being built for the fifty people living on Gravina Island. It irks some taxpayers that the government is spending millions of dollars on behalf of fifty people, but what about 8,050 people? It was the judgment of Congressman Young that this was a good thing for his district. Voters and lawmakers can, and should, debate whether expenditures on any given project are worth it, but spending via earmark is not inherently corrupt.

There have been truly corrupt earmarks, but those are very rare and the result of illegal activity. A good example of this was when Rep. Duke Cunningham accepted cash bribes for directing federal contracts via earmarks to military contractors. Lawmakers who accept bribes should be prosecuted, and those earmarks should be stripped out of legislation, which is exactly what happened to Rep. Cunningham.

Majority Leader Hoyer and the Democrats in the house can mitigate both the perception of corruption -- and rare instances of actual corruption -- in earmarks by creating a transparent and fair system that gives taxpayers a full account of all congressional earmarks, and allows for a fair vetting process that weeds out any that don't pass the giggle test.

Earmarks are a bad word for making good things happen. They represent an insignificant amount of federal spending, they grease the legislative pipeline in Congress, they provide funding to many important projects, and they are a part of a constitutionally important role for the Congress. Lawmakers need incentives to work together now more than ever. Our politics has gone off the deep end and there is very little incentive for collaboration. But we still have many problems that call out for public policy solutions. Give lawmakers the tool to make laws. Bring back earmarks.