You can’t tell by looking 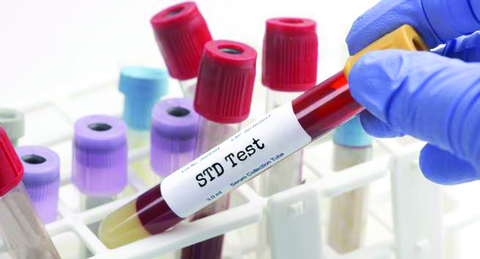 Testing. Testing. Are you reading this yet? This is only a test. No, wait. This may be your life!

Test and life. These are both perfectly good four-letter words, but I’ll bet many of you run away from the first one.

April is STD awareness month, and if you’re sexually active, or have ever been, you may have contracted an STD. The only way you’ll know for sure is to gather up your courage and go for a test.

About 20 million people contract an STD each year, according to HIV.gov. You read that right. Twenty million. That’s a whole lot of unprotected fun going on out there every year. This kind of fun would have been a lot safer and had a better ending if condoms had been invited to the party.

I do, however, want to acknowledge people who are sexually abused or assaulted also contract STD’s, but they can’t protect themselves with condoms due to the aggressive nature of their assault.

50,000 new cases of HIV are contracted each year. The CDC has investigated the link between HIV and other STD’s for quite a while. What we know because of this research is people who have an STD such as gonorrhea, herpes, or syphilis are much more likely to contract HIV than individuals who do not.

About 45 percent of gay men who test positive for syphilis also test positive for HIV. STD’s, including HIV, are equal opportunity infections. They don’t care how old you are, what color you are, your sexual orientation, education or income. All it takes for you to become infected is to have unprotected sex with someone who is infected.

Many people have mild symptoms or none. Or, the symptoms show up, as with syphilis, then clear up on their own, so people don’t suspect they have a serious health issue. If syphilis is untreated in its primary (first) stage, the symptoms clear up and the infection moves into dormancy (second stage). The virus can remain dormant in your tissues for months, years or decades. Once it re-emerges in its tertiary (third) stage, it can ravage every organ of the body including the brain and skin.

The only way to know for sure if you have contracted something is by being tested. To reduce your risks of contracting an STD, educate yourself about these illnesses and how they are spread. Seek treatment if you test positive for something.

Contrary to what some people believe, you can’t tell by looking if someone is infected or not. If you’re sexually active with multiple partners, you owe it to yourself and the others to practice safer sex.

Don’t let someone severely disrupt your life who doesn’t care enough about you to protect you first.