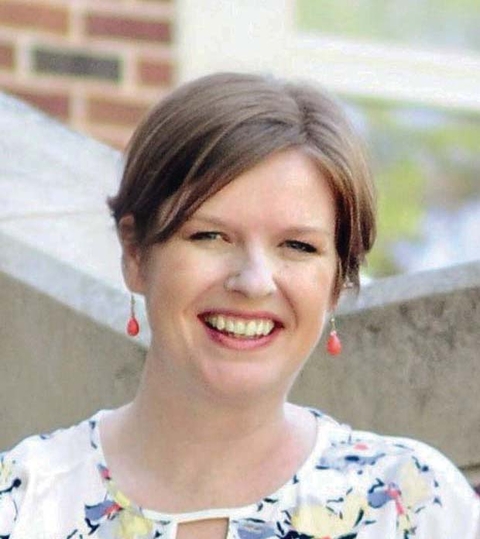 “All of my classes focus on sexualities,” said Worthen. “For example, I teach a course, Sexual Deviance and Society, which centers on understanding the complexities of sexualities and stigma as well as LGBTQ+ issues and sexual assault.

“I started teaching this course over ten years ago. In 2016, I had the fantastic experience of publishing a textbook which allows others to teach this course at various universities across the United States.”

The textbook, Sexual Deviance and Society, may be purchased at www.routledge.com.

Worthen has been teaching at OU for 10 years, since 2009, when she first started as an Assistant Professor. During graduate school (2008-2009), she taught at the University of Texas. As a life-long academic, she was getting her undergraduate degree and was in graduate school before coming to OU.

“When I first arrived at OU, I faced a great deal of culture shock coming from living in Austin for nearly a decade,” Worthen said. “One of the first challenges I faced was the palpable LGBTQ hostility in the state legislature at the time. The hostility motivated me to develop a new line of research dedicated to understanding LGBTQ stigma, which what is largely the bulk of my research is still focused on today.

“For example, I currently have a book under contract with Routledge titled Queers, Bis, and Straight Lies: An Intersectional Examination ofLGBTQ Stigma. It also motivated me to create The Welcoming Project, a non-profit dedicated to helping LGBTQ people feel welcomed in spaces across the globe through ‘All Are Welcome’ rainbow signs.”

Due to the work of The Welcoming Project (TWP), about 1000 welcoming places are displaying the signs. TWP gives out $500 scholarships annually to LGBTQ activist students (www.thewelcomingproject.org).

Worthen’s teaching, mentoring, research and community outreach are focused on bringing awareness to social justice issues, lifting those whose voices aren’t always (or ever) heard and helping others to understand the intersectional complexities of complicated issues such as LGBTQ stigma and sexual violence.

“I am most proud when my students tell me that my course motivated them to make a social justice-motivated change—whether that be at the individual level or larger. I am also proud that my LGBTQ-focused research has landed in top journals in the field and has also garnered press from various LGBTQ sources.

“My positionality has also allowed me to create the Instagram page #MeTooMeredith, where I help survivors of sexual violence share their stories anonymously. I am so lucky that my job as a professor allows me to provide a multitude of platforms that center the experiences of marginalized and oppressed people to help us all work toward changes for the better.”

Worthen has broken through many barriers that often prevent women from achieving the status of full professor.

“This promotion shatters many well-known gender inequities in academia. Only a minority (about one-third) of full professors across the nation are women and if they do get promoted, most take more than 15 years to move from assistant to full professor.

“By getting this promotion in only ten years, I hope to bring more awareness to the systemic promotion-related issues and service burdens that many women are plagued by so that more can be done to help promote gender equality in academia. I am also hopeful that I can serve as a role model to other young women and queer people who feel the strains of the glass ceiling and the rainbow ceiling.”

As a young woman in academia, she had to work hard to learn quickly and to pick herself up in the face of adversity.

“I also had to learn to be my own advocate,” she said. “I certainly doubted myself on more than one occasion—at one point, I even wanted to quit graduate school. I felt defeated so many times. With support, especially from my husband, I persevered. I set goals and worked toward them. I knew the barriers, and I wanted to shatter them.”

She has been with her husband, Brian Eddins, for 18 years—”half my life!” They have a daughter soon to be five years old.

Worthen said when she was growing up, she didn’t see queer and bisexual women in leadership or powerful positions. But last year when Kyrsten Sinema became the first openly bisexual person in the U.S. Senate, Worthen admits it had a surprising impact on her.

“For the first time in my whole life, I saw someone who was like me in a very unexpected but highly important space. It is a big deal to see people like ourselves out there in the world doing exciting things. The more visible LGBTQ leaders and powerful people there are, the more support we can provide.”